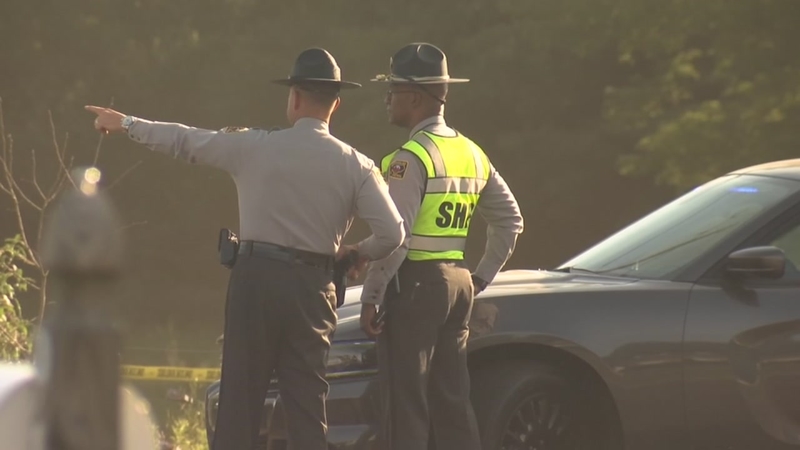 JOHNSTON COUNTY, N.C. (WTVD) -- Family members said the woman found dead at a home in Smithfield Tuesday was connected to the deadly police chase and crash on US-70 Monday.

Police identified her as 28-year-old Alanda Mae Abarca, the girlfriend of 26-year-old Enrique Lopez and the mother to his two children.

She was reported missing on Monday hours before Lopez reportedly stole a truck and fired at police officers during a chase on Highway 70, which ended in a crash near Nick's Flippin Kids gymnasium.

Abarca's body was found around 7 a.m. Tuesday outside a home on South 4th Street in Smithfield -- .2 miles from the scene where police say Lopez stole the tow truck the day before.

Lopez was pronounced dead at the scene of the crash. Investigators have determined Lopez was struck by a trooper's gunfire during the altercation.

The medical examiner's office is working to determine cause of death.

Surveillance footage from Holley's Open Air Market shows Lopez running onto the property and appearing to steal a white truck at a gas pump at 4:07 p.m. Monday.

After that doesn't work, video shows him running toward the front of the store and then across Bright Leaf and into the Family Dollar parking lot.

That's what authorities say led to the chase.

A family member told ABC11 he believes Lopez killed Abarca; however, officials have yet to make a statement.

"She kept pressuring him to do drugs, and I believe that's what pressured him to snap and kill her," he said.

The trooper, J. J. Kiser, has been placed on administrative duty pending an internal investigation which is agency protocol in any trooper-involved shooting.

The suspect in Monday’s chase and crash in Smithfield has been ID’d as Enrique Lopez. He was caught on surveillance video from a nearby gas station moments before he stole a tow truck. #ABC11 pic.twitter.com/oVAiefuOaZ

The two children are now in the custody of their grandmother.