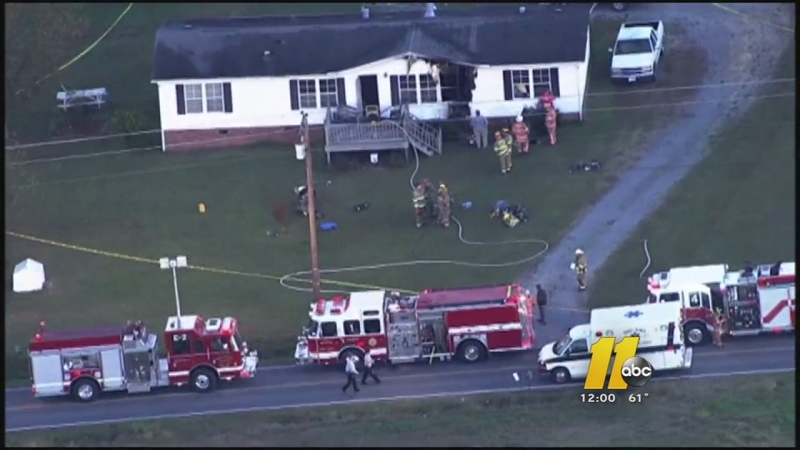 BENSON (WTVD) -- A man died Friday morning after being pulled out of his burning Johnston County home by firefighters.

According to the Benson Fire Department, the blaze was reported just before 6 a.m. at 370 Benson-Hardee Road, near Mingo Road and NC-50, in northwest of Benson.

Firefighters pulled 70-year-old LeRoy Norris out of the home and tried to revive him, but he didn't make it. His two dogs were later found unharmed.

#BreakingNews- This dog Jackson, of the person who died in a house fire, has been found & is OK. #ABC11Eyewitness pic.twitter.com/hyYJ1L9Qeq

Neighbors said his wife, Nancy, is a nurse and was working overnight at the time of the blaze.

Neighbors remembered Norris as a friendly man who drove around the neighborhood in his golf cart.

"He's a local and he was good to the neighborhood," Bob Richardson said. "Friendly with everybody here. Would help out anybody."

Images from Chopper11 HD showed damage to part of the front of the mobile home. Authorities have not said what sparked the blaze.