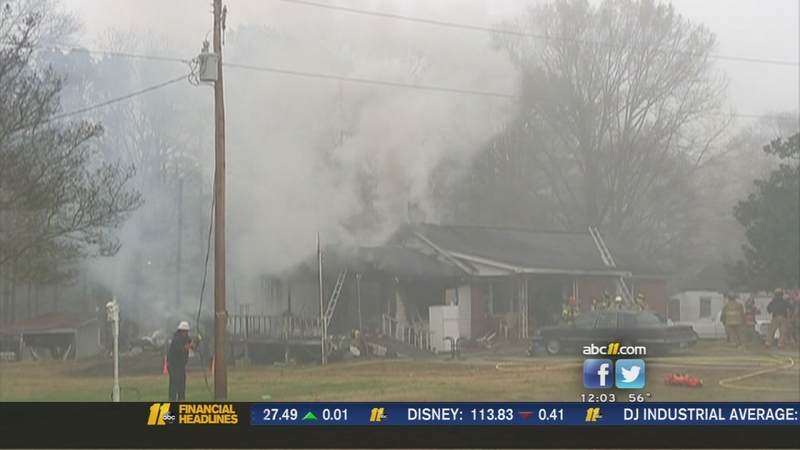 JOHNSTON COUNTY (WTVD) -- Firefighters were called to a Johnston County home Tuesday morning after smoke and flames were seen pouring from the home near Garner.

It happened around 9 a.m. on Pecan Lane.

Smoke's pouring from home on Pecan Lane in Johnston County. Garner FD and other depts are here. #abc11eyewitness pic.twitter.com/F8flU5zq9q

When fire crews arrived, a woman and her adult son, along with two pets, had already made it out of the house unharmed.

"Trying to make sure that we have the fire fully extinguished, and the fire marshal is taking a look at things to begin his investigation," said Barrett Penny with Garner Fire and Rescue.

Heat from the smoldering home prevented them from entering to determine a cause, once the flames were out.

"We did have a challenge to get in the attic in this house, due to the construction," Penny said. "Dealt with multiple phases of additions on the house, so they had to work a little bit harder to get in there and get to the scene of the fire that was in the attic."

Johnston County Sheriff's deputies arrived to assist if needed, but the county's fire marshal is heading the investigation.

It is unclear what caused the blaze.