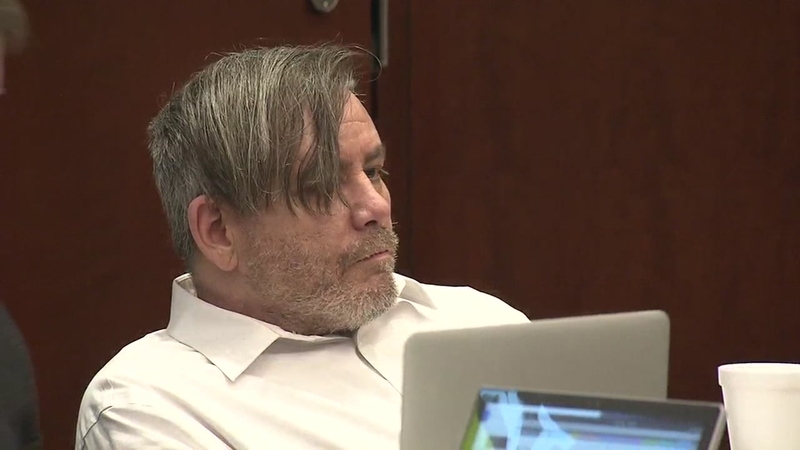 Sander entered his neighbor's house on March 25, 2016, and used a shotgun to murder Sandy, Stephenie and Elaine Mazzella. Sander and the Mazzellas were old friends and business partners, but their relationship had recently deteriorated.

A jury took less than two days to unanimously determine Sander was guilty of first-degree, premeditated murder of all three of his victims. That conviction could carry the death penalty.

The sentencing hearing for the crime began Tuesday morning with prosecutors waiving their right to an opening argument. By doing so, it's unclear who they plan to call to the witness stand.

On the other hand, Sander's defense team said it plans to call seven witnesses, including two forensic psychologists who will speak to Sander's mental health.

"You will become acquainted with Jon's psychiatric history going back about 11 years, which in the doctor's opinion, is significant to determining where we are today," attorney Tommy Manning said.

Manning said Sander has been diagnosed with mental health issues and at one point was receiving weekly psycho-therapy.

"We are confident you will choose not to impose the death penalty, but will chose instead to recommend life imprisonment to Jon Sander," Manning concluded.

Capital punishment is a rare sentence in North Carolina.

In Wake County, nobody had been sentenced to death in more than a decade until Seaga Gillard received the punishment March 4. Gillard was convicted of first-degree murder in the deaths of April Lynn Holland, who was pregnant, and Dwayne Garvey.

According to the Center for Death Penalty Litigation, Sander's case is the 11th death penalty case in Wake County since 2008. Of those cases, Gillard has been the only one to be sentenced to death.

See stories below for a look back at Sander's trial:
Monday, March 25: Sander has to be escorted out of the courtroom following a dramatic outburst.
Tuesday, March 26: Jurors heard 911 calls from the night of the murders
Wednesday, March 27: Dashcam audio recorded Sander saying he was 'a dead man' shortly after the murders
Thursday, March 28: Jurors see gruesome but critical evidence in the case
Friday, March 29: Tears fell as witnesses and friends testified about the victims of the murders