Day 3: Trial for Jonathan Sander who is accused of killing 3 of his Wake County neighbors 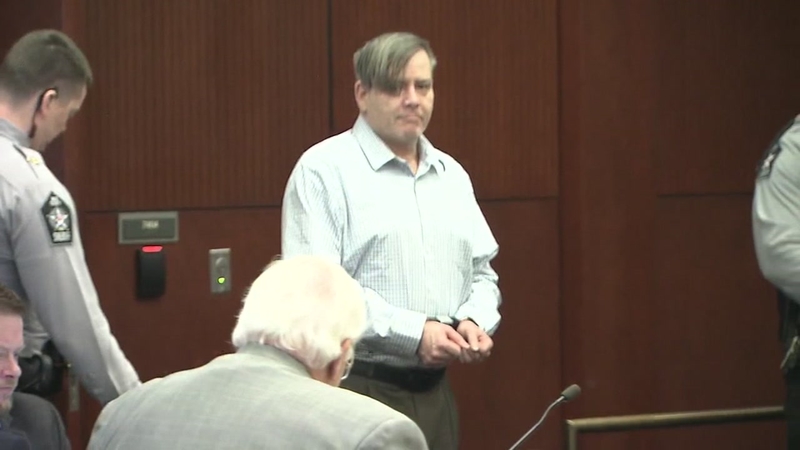 RALEIGH, N.C. (WTVD) -- Prosecutors were back at it Wednesday, laying out their case in the trial of Jonathan Sander.

Dash cam video took center stage at the start of day 3 in the trial of Jonathan Sander.

Sander is accused of shooting and killing Sandy Mazzella, 47, Stephanie Ann Mazzella, 43, and Elaine Toby Mazzella, 76, on March 25, 2016 at a home near Wake Forest.

The focus of the dash cam was not on the actual video, but the audio of law enforcement trying to get Sander out of his house to surrender.

"Jon, you come out we can talk about this," one deputy is heard saying to Sander.

"I'm a dead man," Sander says before a deputy responds, "You're not a dead man, Jon."

The video and audio showed a negotiation that went on for more than 30 minutes.

"If you come out with your hands up we won't shoot you," a deputy is heard saying. Sander replies, "I'm dead anyway."
Sander eventually emerged from his home on Clearsprings Drive and surrendered to law enforcement.

Wake Forest Police Officer J. Boone testified that Sander had what he believed to be blood on his face when he was arrested.

Late Wednesday, jurors got a close-up look at the pump-action shotgun that prosecutors say is the murder weapon.

One officer testified Wednesday that after the shooting while he was guarding Sander in an ambulance, Sander put that shotgun in his own hands.

"Capt. Putman at the time came and asked him where was the gun and he described that it was in his room on the bed," Wake County Sheriff's Deputy Taveras Thompson told jurors.
A former deputy, Jessica Bostin, testified that Sander told a crime scene investigator, "'You will find gunshot residue on my hands because I know I did ...' He paused and then said, '... have my gun.'"