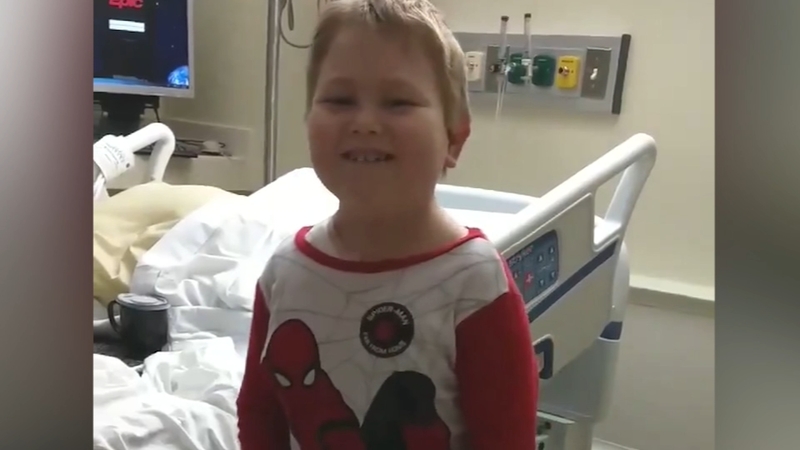 FAYETTEVILLE, N.C. (WTVD) -- An 8-year-old Fayetteville boy in desperate need of a kidney is spending Christmas in the hospital due to a staph infection on his last dialysis port.

Jordan Rhodes has been battling an infection for more than a month now. His grandmother, Deborah Jones, said this is the last port Jordan has left, meaning he's on borrowed time.

However, something is wrong with the young boy. He's been without a functioning kidney for three years, after suffering a failed kidney transplant attempt in 2016.

'I can't let this end any other way than life': Fayetteville 8-year-old boy running out of time for kidney match

That rejection resulted in Jordan's antibodies being at a 99.9 percent chance of rejecting another match.

He and his grandmother are planning to travel to the Mayo Clinic in Minnesota on Jan. 7 to see if Jordan could qualify for a procedure that could lessen that percentage.

Before they can go, the family needs to get his infection under control.

"It's going to take probably at least seven to ten days of antibiotics to get rid of it," Jones added.

They will spend another holiday in the hospital but Jones is grateful that Jordan's alive and kicking.
"Not exactly an ideal situation, but we're making the best of it. So, you know, Santa Claus will still come and anyways, he enjoys his friends up here," Jones said.

Jones was recently gifted a fully-paid van to help the duo travel to countless appointments throughout the year; but now, they are praying for a Christmas miracle in the form of a kidney.

"We've had so many people that have reached out and have tried to donate; unfortunately, we still have not found a match for Jordan," Jones said.

Wake Forest Baptist Health has seen thousands of people request donor packets in the last month. While they weren't matches for Jordan, Deborah says some other people will be getting kidneys because of the response.

More than 1,200 kidney donor kits requested after we aired story about Fayetteville 8-year-old who needs match

Jordan needs a donor with a Type A or Type O blood type with no major medical issues.