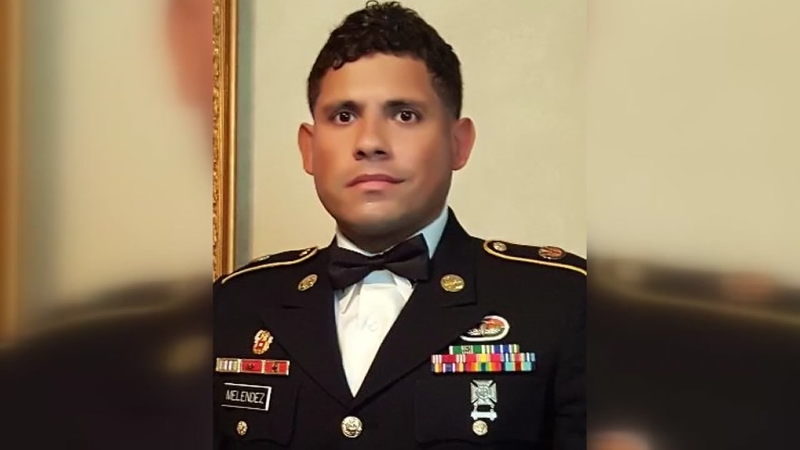 RALEIGH, N.C. (WTVD) -- The one thing Mara Ramos misses most about her son is their Friday nights together.

"When I sit in my living room, I look at the sofa and I say, 'José, I wish you were here because I'd be able to fight you for the sofa,'" Ramos said.

The Ramos family organized a candlelight vigil for their son -- US Army Spc. José Melendez -- one year after he was shot and killed.

Family looking for answers one year after @USArmy specialist was killed outside this condo complex in @RaleighGov. @raleighpolice still looking for tips and following leads. #ABC11 pic.twitter.com/g3Sv4ZW1wV

He had dropped someone off at a Raleigh condo complex on Raven Road and he was walking to his car. Raleigh Police say someone shot him in the jaw and he was later pronounced dead at WakeMed.

His murder remains unsolved and his family is desperate for any piece of information to help the authorities.

"I don't think I'm ever going to get over this -- to learn to live without my son," said Ramos.

Mother of Jose Melendez just spoke to us. Her son was killed exactly one year ago here in @RaleighGov at this location. Family is begging anyone to come forward with information in this case. @raleighpolice #abc11 pic.twitter.com/PSI5KajiAT

Many friends from the Army showed up as well.

"To have a great friend like that taken away was very difficult," said Spc. Sean Harper, who said Melendez was one of his first friends in the service.

Melendez grew up in Fayetteville and deployed in 2015. Authorities say he was supposed to go back to Fort Bragg the same morning he was killed.

"It's been one year with no leads, no tips -- nothing that is bringing Raleigh Police any closer to helping us find who murdered my brother," said Mara Baker, José's sister.