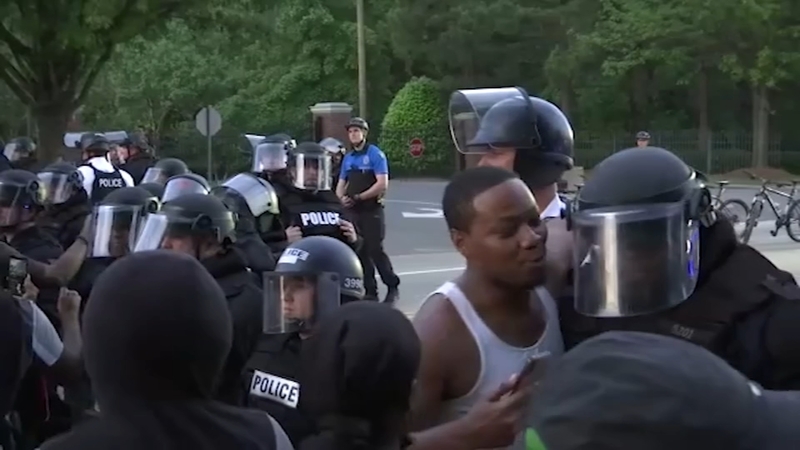 FAYETTEVILLE, N.C. (WTVD) -- A powerful moment between Fayetteville police officers kneeling with protestors has circulated across the internet since it happened Monday evening.

He showed up late to Monday night's protest to support his fraternity brother. When he arrived, he found officers on one side and protestors on other; divided. And at that moment, Wiley received a call from his friend that he plays basketball with, Officer Benjamin Zacharias with the Fayetteville Police Department.

"We can go ahead and kneel all together. I said, 'Hey, a solid moment of solidarity. Some unity that shows we agree.' He said, 'Hey that sounds like an awesome idea. He started talking to people one by one," said Zacharias.

In an astonishing moment that took everybody's breath away, officers kneeled in solidarity with protestors.

"I wanted to hug him. I wanted to thank him... I backed up because I didn't want to get caught on camera crying," said Zacharias.

Both men are now agents of change in their community. Yet the result was a true victory for both sides.