Opinion: Travel bans, Judaism has seen this before 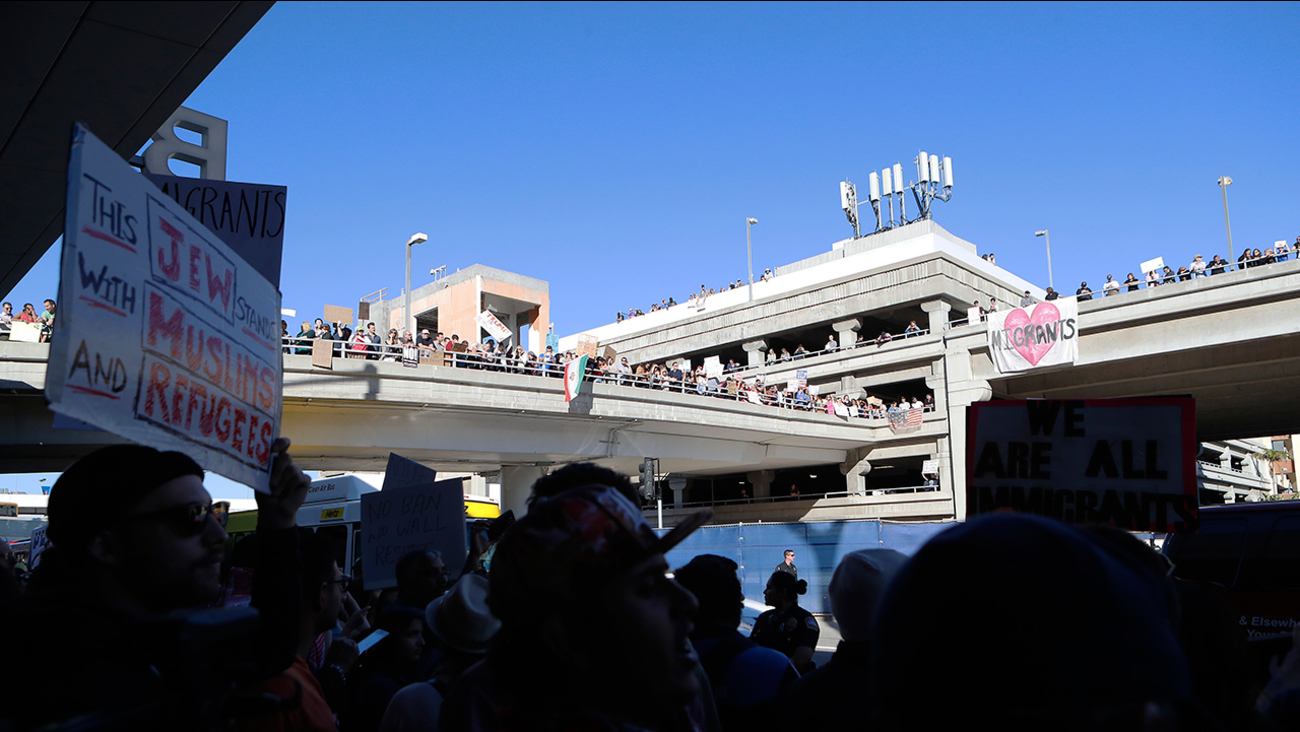 Demonstrators watch from the parking lot at LAX as protests continue against President Donald Trump's executive order banning travel to the U.S. by citizens of several countries. (AP Photo/Ryan Kang)

In the Jewish community, we like to say, "Two Jews, three opinions."

Which makes it all the more surprising that the four major streams of American Judaism, usually better known for their disagreements, produced near-identical condemnations of President Trump's recent executive order barring Muslim travelers and refugees.

The question is: Why?

For the answer, we need to go back to two defining moments in Jewish history. One that took place before nearly 80 years ago, and the other from, give or take, 5,700 years before.

In May of 1939, the German ship St. Louis, filled with hundreds of Jewish refugees fleeing the Nazis, was denied permission to enter the port of Miami. Passengers reported that they were so close to the shore, they could see the city lights from the deck. Tragically, direct appeals to President Roosevelt fell on deaf ears, and the ship was forced to return to Europe where, according to the US Holocaust Museum, more than 250 were murdered in concentration camps.

President Roosevelt primarily turned away those Jewish refugees for political reasons. The US was still reeling from the after-effects of the Great Depression, anti-immigrant feeling was high, and some Americans shockingly and wrongfully questioned whether these persecuted Jews were possible spies.

Ever since, the Jewish community has committed itself to be the bearers of the message: "Never Again." "Never again" to genocide, "never again" to abandoning refugees at America's shores, and "never again" to immigration quotas based upon religious background. Those commitments are seared into the Jewish people's psyche.

Stephanie Hartley-Bah and her son Jah'kier Hartley, 7, both of Bear, Del., listen during a protest of President Donald Trump's travel ban on refugees at Philadelphia International.

But that's not all.

5,700 years earlier, the Torah tells us that the first two brothers in the world, Cain and Abel, made offerings to God. While Abel's sacrifice was well-received, Cain's was not. Overcome with jealousy, Cain murdered his brother and, with Abel's blood fresh on the ground, God asked, "Where is your brother?"

Cain's response: "I don't know. Am I my brother's keeper?"

To that harrowing question, God offers no answer because it should be obvious to all.

Rabbi Abraham Joshua Heschel said it best. When an injustice occurs, "some are guilty, but all are responsible."

It is true that Judaism is a religion that honors diversity of thought. But, when it comes to saving the lives of innocent Muslim refugees, the Jewish religious community's voice is unequivocal:

"I am my brother's keeper."

One Jewish community, one opinion.