Judge sentences war vet, then spends the night in jail 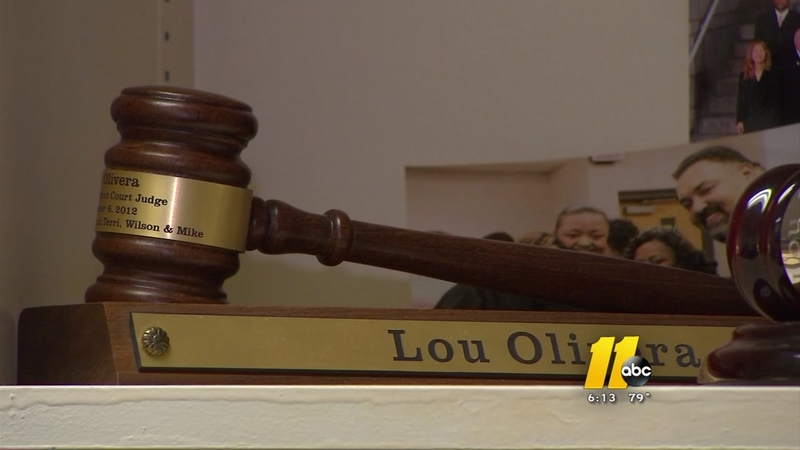 But when the cell door closed behind that war veteran, the judge was locked up with him.

"I had never been to jail before," Olivera said.

Olivera told ABC11 he had to hold former Green Beret Sgt Joe Serna accountable for lying to the court. Then the judge got locked up in the cell with the veteran, so they could talk, and in the end the lockup helped both men.

Olivera is a familiar face in the Cumberland County courthouse, where he holds District Court, and a veteran's treatment court, and now he knows the flip side: what it feels like to spend the night in jail.

"When they close that door, it's really, you are shut off," the judge said. "I had a more palpable understanding of the issues Joe was going through."

Serna is a decorated war veteran. After three combat tours in Afghanistan, he came home in a downward spiral, which included PTSD and a DWI charge. He entered the veteran's treatment court program here.

"I had to take care of the physical part of me 'cause I had surgeries from combat injuries, spiritually and then I (went to) jail to do right by society," Serna said.

But last week, Serna told Olivera that he lied in court. The judge sentenced him to lock-up, then shocked Serna by his compassion.

"(Olivera) comes in, they close the door and lock it," Serna said, "and this was a one-man cell so we sat on the bunk and I said 'you are here for the entire time with me?' he said, 'yeah that's what I am doing.' "

Olivera, himself a Gulf War veteran, said that with Serna's PTSD, he worried about the effects of a night in isolation lock-up. Olivera said he would have done it for any of the other dozen vets in his treatment court.

"We are not expecting them to trust us overnight, but it's a relationship that is built," Olivera said. "That's why when there is a violation, the team comes around and says 'hey you have to square yourself away. ' "

It's a court of honesty and accountability - and life-changing results.

"We are more like a family, the court and the team that makes a huge difference in recovery," Olivera said.

As part of the accountability, veterans have to appear before Olivera every two weeks. The success of this program is about to be celebrated for the first time - it will hold its first graduation ceremony next week.