Dog saves man who was followed home by robbery suspect 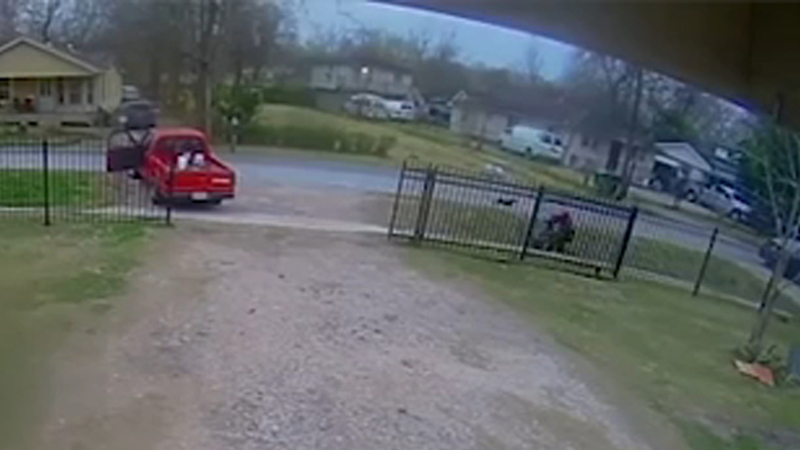 HOUSTON, Texas -- A neighbor's dog is being credited for helping stop a violent robbery after a man was followed home from the bank in northeast Houston.

The victim, 55-year-old Jose Hernandez, says he didn't see the suspect approaching him on the sidewalk or the car that had followed him home from the bank. But a neighbor's security camera recorded the incident, including the dog's heroic action.

"A guy came up behind me and said, 'Control your dog,'" Hernandez said.

Ace is a small dog that belongs to a neighbor, but with a strong protective instinct, and a nose for people with bad intentions.

"Then he said, 'Give me the money,'" Hernandez said.

When he refused, he was pushed into a drainage ditch.

"He ripped my shirt and took an envelope with some money," Hernandez said.

Ace literally stayed on the suspect's heels. "He wouldn't let go of his pants leg."
Hernandez said he tried to put up a fight, which was difficult because a car accident years ago left him with a weak leg and arm. But since he was on his back in the ditch, he was able to keep the suspect from running off with most of his money.

This type of robbery is known as 'jugging', which is when a bank customer withdraws money and is targeted, with a lookout inside the bank. An accomplice then follows the intended victim waiting in a vehicle.

The suspect is told who to follow and what kind of car they're driving.
"I'm fine, I wasn't hurt, and I still have most of the money," Hernandez said.

He vows to be more cautious in the future, but the real hero, he says is Ace.

"He helped scare him away, and he helped save me," he said, petting the small terrier mix.