Woman dies at Duke Hospital after 2-car crash in Burlington 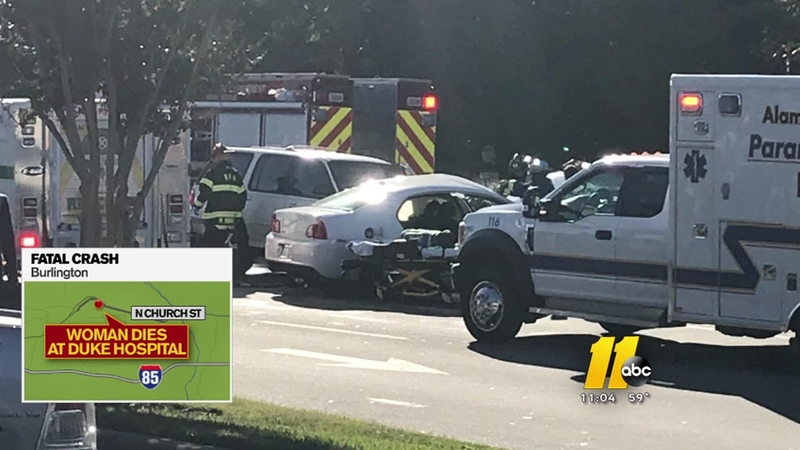 Woman dies at Duke Hospital after crash in Burlington

Burlington police officers and firefighters responded just before 10 a.m. Friday to a serious crash on N. Church Street just before the intersection with Sellars Mill Road.

Firefighters had to extricate the driver of the Malibu, identified as Julie Payne, from the heavily damaged vehicle. She was life-flighted to Duke Hospital. Payne later died from her injuries.

One woman died in a two-vehicle crash in Burlington on Friday morning.

The driver of the Explorer, Juana Rodriquez-Castaneida, was taken by ambulance to Alamance Regional Medical Center with non-life-threatening injuries.

The incident remains under investigation. No charged have yet been filed.

Burlington Police are asking anyone with information about this incident to call (336) 229-3500.