Julius Jones story: 41-year-old maintains he is innocent and claims he was framed by actual killer in businessman's death
AP 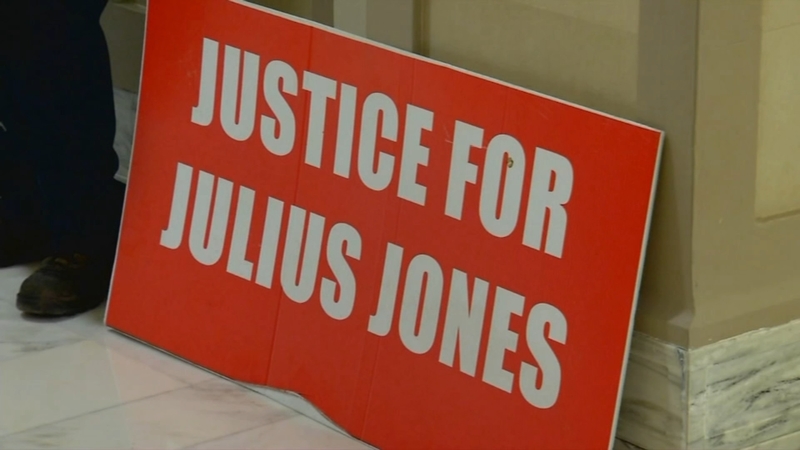 Davis-Jones met briefly with several House Democrats before walking to Stitt's office. An official with the Republican governor's office said Stitt wasn't available and asked Davis-Jones to fill out a form for visitors.

Jones, 41, is scheduled to be executed Thursday for the 1999 shooting death of Edmond businessman Paul Howell during a carjacking. Jones maintains he is innocent and claims he was framed by the actual killer, a high school friend and co-defendant who testified against Jones and was released from prison after 15 years.

State and county prosecutors have said the evidence against Jones is overwhelming. Trial transcripts show witnesses identified Jones as the shooter and placed him with Howell's stolen vehicle. Investigators also found the murder weapon and a bandana with Jones' DNA in an attic space above his bedroom. Jones claims the murder weapon was placed there by the actual killer, who visited Jones' house after Howell was shot.

The state's Pardon and Parole Board voted 3-1 to recommend Stitt grant clemency to Jones and commute his sentence to life in prison.

Stitt spokesman Charlie Hannema didn't answer questions about whether the governor planned to meet with Jones' supporters, but attorneys for Jones have said they met with Stitt last week.

"The governor takes his role in this process seriously and is carefully considering the Pardon and Parole Board's recommendation as he does in all cases," Hannema said in a statement.

Jones' case was profiled in "The Last Defense," a three-episode documentary produced by actress Viola Davis that aired on ABC in 2018. Since then, Kim Kardashian West and athletes with Oklahoma ties, including NBA stars Russell Westbrook, Blake Griffin and Trae Young, have urged Stitt to commute Jones' death sentence and spare his life.

Oklahoma ended a six-year moratorium on executions - brought on by concerns over its methods - last month. John Marion Grant, 60, convulsed and vomited as he was being put to death Oct. 28. It's not clear yet why Grant vomited, but medical experts agreed that the dosage of the sedative midazolam that Oklahoma and other states use in their execution protocols is massive compared with what's standard in surgeries.