Friend, mom of student hit by stray bullet speak out 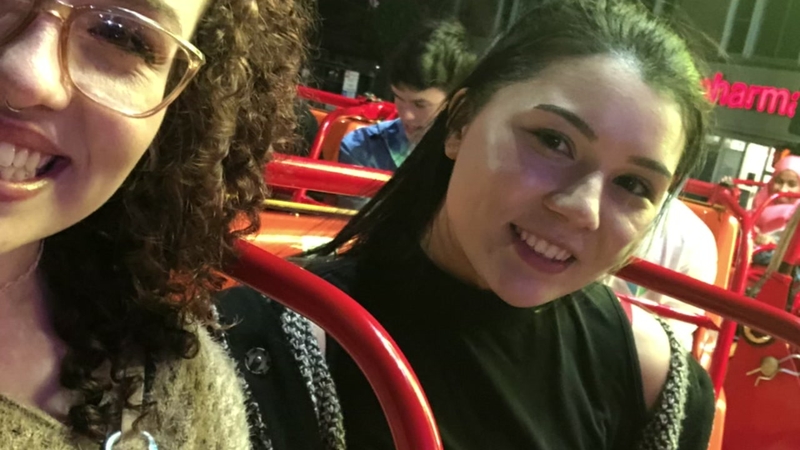 RALEIGH, N.C. (WTVD) -- Thousands of people counted down to the new year in downtown Raleigh. The copper acorn dropped to cheers. Fireworks went off.

Then, Allyson Cole said her friend Kaitlyn Kong let go of her phone, clutched her abdomen and grabbed her. Cole said Kong lifted her hands and had blood on them.

"She was like, 'Oww, I've been hit. I'm very hurt.' I could hear that her breathing was a little labored," Cole said. "My first thought when I saw the hole in her shirt and I knew there were people on roofs, I thought this is the next Las Vegas. We need to duck. We need to leave."

It wasn't a mass shooting. Raleigh Police said somebody fired shots in the air to celebrate the new year. One of those shots traveled into downtown, striking Kong, a senior at UNC-Chapel Hill.

Her mother, Gwynne Kong, said her 22-year-old daughter has a punctured lung and wounds from the bullet and was finally able to walk a little Wednesday.

"It's hard as a parent to see a child go through this," Gwynne Kong said. "It's hard for me to comprehend that I sent her to Europe and she comes home. I send her 40 minutes from my house and I'm in the hospital," she said, crying.

"We are grateful for the community's outpouring of well wishes and thoughtful concern. While we ask for privacy as we continue to focus on Kaitlyn's healing and recovery, it is our hope that this unfortunate series of events will bring about more conversation and positive action on responsible gun use."

It is still unclear where the bullet came from. Raleigh Police are asking anybody with information to come forward.