After 100 days in office, Vice President Kamala Harris spoke to 'GMA' about the southern border, race relations and her optimism for the U.S.

WASHINGTON -- After 100 days in office, Vice President Kamala Harris said the Biden administration is "optimistic and believes in America."

"We're going to bet on Americans and America every day," Harris said in an exclusive interview on "Good Morning America" Thursday following President Joe Biden's speech to a joint session of Congress.

During that address, Harris and House Speaker Nancy Pelosi made history as the first women to share the stage in Congress during a presidential address.

Yet the vice president on Thursday said her main takeaway was how Biden's words and actions "rallied the country."

"We are competitive by nature. We believe in investing and working people. That is how we have grown our economy. That is how we've grown our standing around the world, and this is a president who's prepared to continue to invest knowing the great potential and the great role of leadership our country plays in the world," she said.

The president's specific proposals -- like his pandemic response and tax hikes for corporate profits -- are broadly popular, according to a new ABC News/Washington Post poll. Yet 53% polled expressed "concern that Biden will do too much to increase the size and role of government," and 60% prefer to see the Democratic president try to win Republican support by making major changes to his proposal.

Biden has recently proposed $2.3 trillion in spending to rebuild roads and bridges, expand broadband access and launch other infrastructure projects.

Harris said that the Biden administration is meeting with lawmakers from both sides of the aisle on the infrastructure plan and is taking their ideas seriously.

"We're very sincere in our hope that we can reflect the bipartisan nature of the American people on these issues," she said.

On immigration and the southern border

On immigration, Harris has been hammered from the left and right as she's taken on her new role addressing the root causes of migration at the southern border. Biden did not address the border crisis in his speech last night.

While Republicans have criticized Biden and Harris as absent on the issue because they haven't visited the border yet, progressive immigration groups complain the administration hasn't done enough to push for a pathway to citizenship for undocumented immigrants.

When asked about specific plans for addressing this issue, she brought up migrants' intentions for crossing the border. She said she wants to give these people "some hope, that if they stay, help is on the way."

She also said she's been convening members of Biden's Cabinet, including Secretary of Commerce Gina Raimondo and Secretary of Agriculture Tom Vilsack, to address specific needs in the Central American countries that migrants leave.

In his rebuttal address representing the Republican Party, Sen. Tim Scott suggested that Democrats are wielding race as "a political weapon."

"Hear me clearly: America is not a racist country," said Scott, the Senate's only Black Republican.

Asked Thursday about Scott's comment, Harris told "GMA," "No, I don't think America is a racist country but we also do have to speak truth about the history of racism in our country."

She added: "One of the greatest threats to our national security is domestic terrorism manifested by white supremacists. These are issues that we must confront, and it does not help to heal our country, to unify us as a people, to ignore the realities of that." 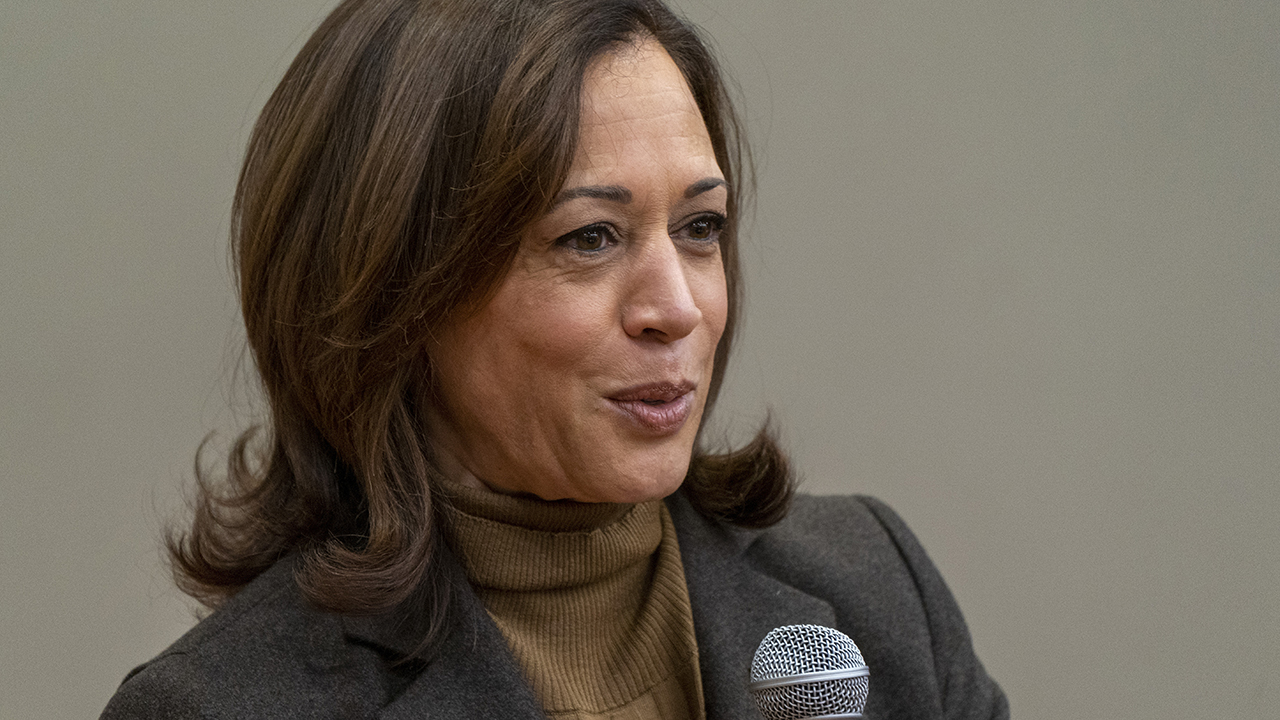