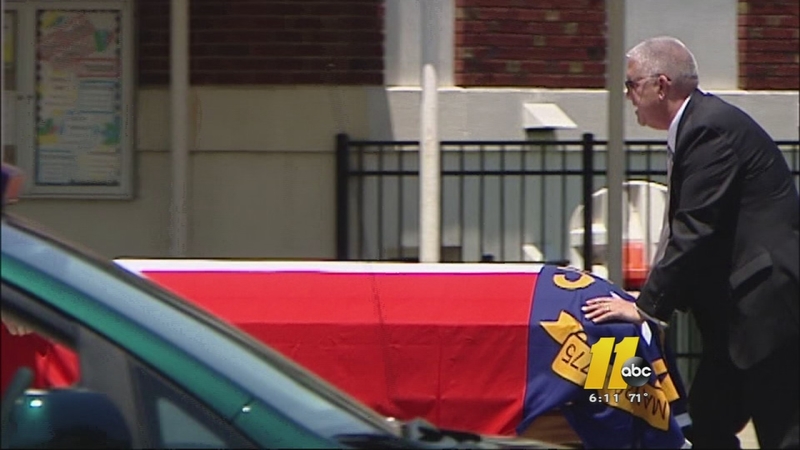 Hundreds of people packed into First United Methodist Church to pay their respects. Among them were family, friends and political leaders from all over the state, including House Speaker Thom Tillis, Rep. David Price, Rep. Renee Ellmers, and former North Carolina Gov. Bev Perdue.

"We've lost quite a statesman for the state of North Carolina. It's not just Asheboro," said Mayor Pro Tempore Talmadge Baker who served with Crisco on the Asheboro City Council.

The textile company founder and former North Carolina Commerce Department secretary was remembered as a "true friend" and a man of many titles. Crisco co-founded a textile company that is one of the biggest employers in Asheboro. Those who worked alongside him say he had a way of making an impact.

"A lot of people in this area felt he could really relate to people on either side of the aisle," said Dr. Stuart Fountain, N.C. Board of Community Colleges, Vice Chair.

Perdue recalled Crisco as a great leader in her administration. She credits him with recruiting more than 150,000 jobs to North Carolina.

"I traveled to China and Japan and all around the world with Keith, and I've never seen a man who sold North Carolina the way he could," said Perdue.

Crisco died in an accident at his home Monday hours after he'd decided to give up on his pursuit of the Democratic Party nomination for a congressional seat now held by Republican Renee Ellmers. The 71-year-old was near the front door of his house when he fell and hit his head.