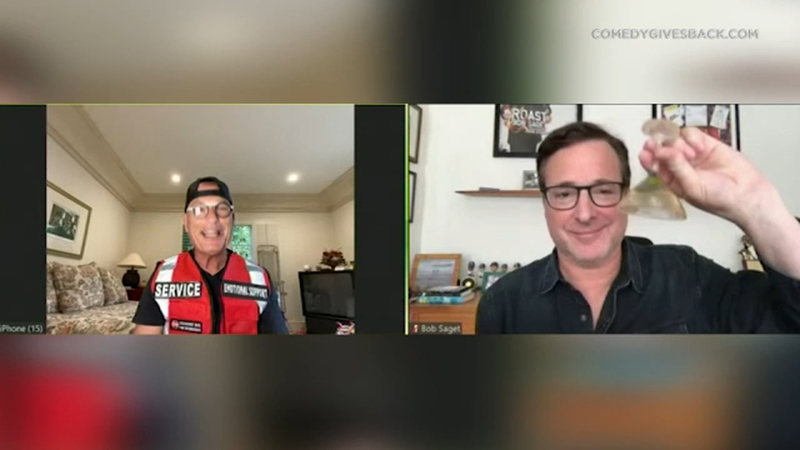 Actor-comedian Ken Jeong has donated $10,000 each to GoFundMe campaigns that were established in honor of five victims of last week's Atlanta-area mass shooting.

"With regards to the situation in Atlanta and the shootings in Atlanta, my heart, thoughts and prayers go out to all affected," Jeong, a "Masked Singer" panelist who also has a degree in medicine, said during a virtual appearance on "Late Night with Seth Meyers. "Enough is enough. We're just fed up."

Along with his $50,000 in donations, the actor shared links to the victims' GoFundMe pages on his Twitter account, which has nearly 1 million followers.

Authorities on Friday released the names of the Atlanta victims hours before President Joe Biden and Vice President Kamala Harris arrived in Atlanta to meet with Asian American community leaders.

Three of the women died at the Gold Spa in Atlanta, while the fourth woman died across the street at Aromatherapy Spa.
Four people were killed and a fifth wounded at Youngs Asian Massage near Woodstock, in Atlanta's northwestern suburbs.

Asian American women say they have often been harassed based on their race in the wake of a gunman's rampage killing 6 Asian women.


The video in the featured media above is from a previous report.