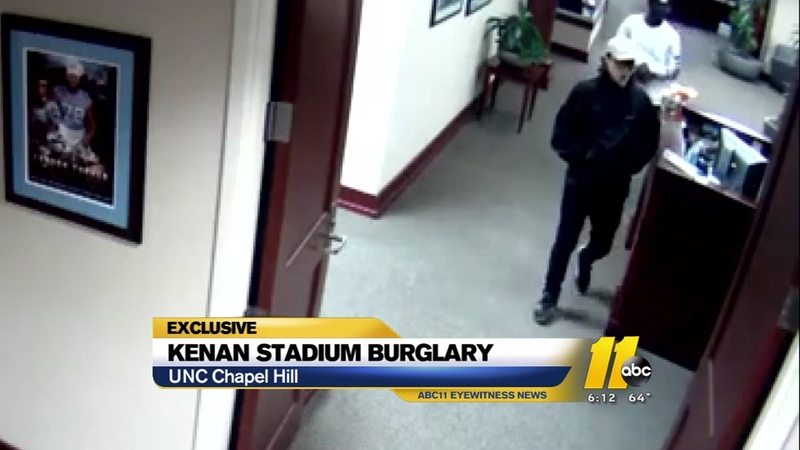 Surveillance video showed two men walking out of the football complex with what appeared to be a laptop, tablet and a briefcase.

With the Tar Heels on a bye week, the stadium was empty and dark.

Video images show the two men emerge from the darkness on the west end of the stadium, where the coaches offices are located.

Multiple cameras captured images of the two suspects snooping around for a few minutes. A different camera showed one man walking out of an office with a black briefcase. The second suspect follows, covering his mouth with his shirt.

A clip from the stadium concourse show the two men walk out of the open gates with the briefcase, a big blue backpack and another backpack.