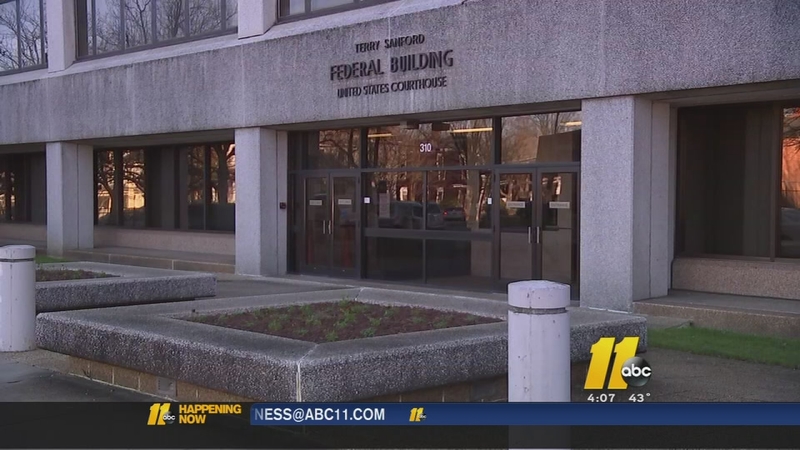 RALEIGH (WTVD) -- Kelvin Melton came to the seventh floor courtroom at the federal courthouse in Raleigh with his hand shackled to his waist and his feet chained together.

Melton told the judge Wednesday that it was a fellow inmate who committed the crime he's accused of, and that the other inmate is willing to come forward.

Melton is already serving a life sentence for ordering underlings to shoot a Raleigh man in 2011 at the time the prosecutor's father was abducted two years ago.

Authorities say Melton used a smuggled cellphone to target the Wake County prosecutor who put him away for the Raleigh shooting. But Melton's crew botched the plan by going to the wrong address and instead snatched the prosecutor's father.

Frank Janssen was rescued after the FBI tracked cellphone traffic to Melton's prison cell and authorities stormed an Atlanta apartment where Janssen was held, according to court records. Janssen's captors were apparently finalizing details to kill him and dispose of his body.