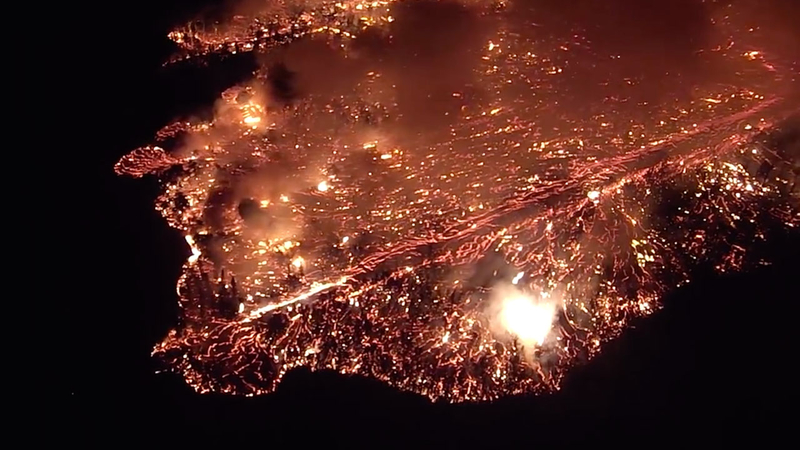 How a drone, phone flashlight saved man trapped by lava

PUNA, Hawaii -- A drone and a cellphone flashlight helped first responders rescue a Hawaii man trapped in his home by a fast-moving lava flow from the erupting Kilauea volcano.

On the evening of May 27, United States Geological Survey scientists deployed a drone to survey a new outbreak of lava on Luana Street in the lava-besieged Leilani Estates subdivision, where destroyed dozens of homes have been destroyed since the Kilauea eruption began in early May.

As they were preparing to fly, the team received word that a man had become trapped nearby. The team, which had been coordinating with local emergency officials, flew the drone to the vicinity of the man's home, and first responders instructed him to follow the drone to safety.

The man used the flashlight on his cellphone to signal his location, and rescuers on the ground eventually met up with the man in the jungle behind his home.

In drone footage released by the USGS, the man can be seen shining his flashlight into the air as several first responders with flashlights approach him. Just feet away, smoke plumes from the fast-moving lava flow, which has set trees and other vegetation ablaze as it tears down the street.

After the man was evacuated to safety, the USGS team continued to survey the lava flow for several more hours and relay important information to other crews on the ground.