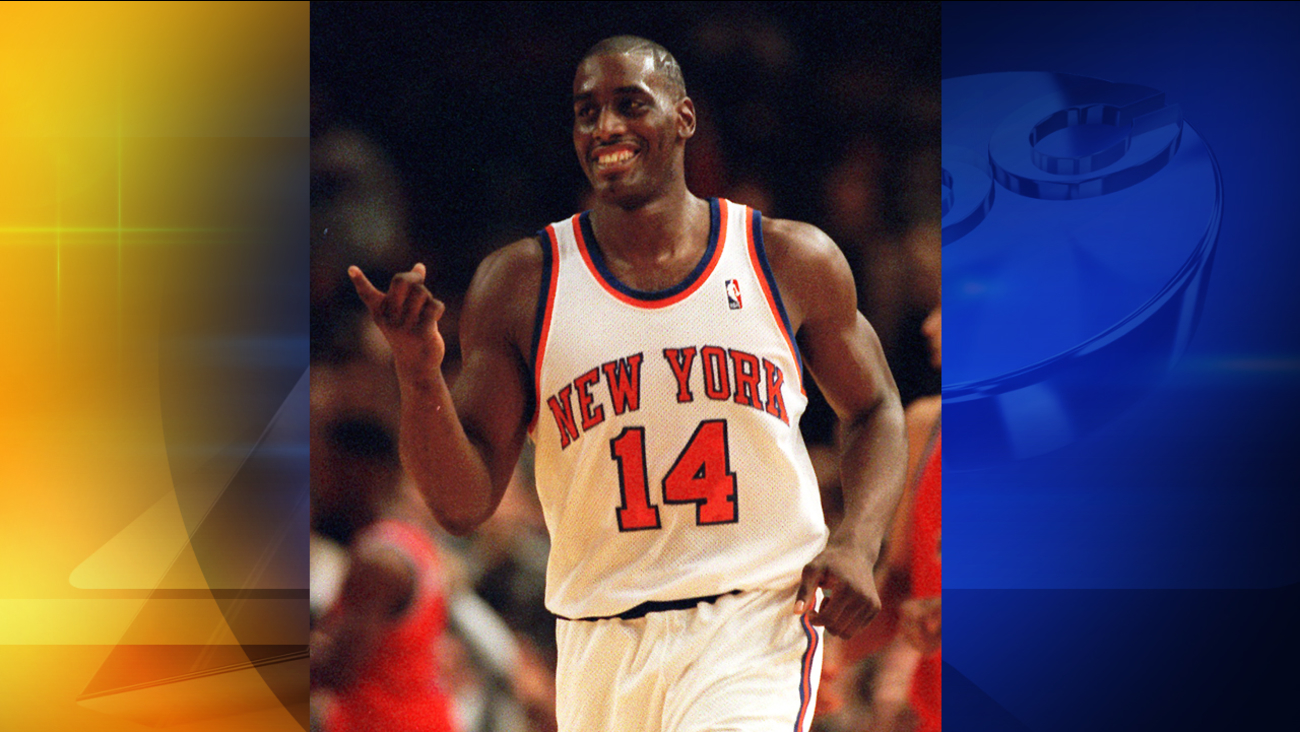 NEW YORK, N.Y. -- Anthony Mason, the rugged power forward who was a defensive force in the NBA from the 1990s into the early 21st century, has died. He was 48.

The 6-foot-7 Mason won the NBA's Sixth Man award in 1995 with a Knicks team that was eliminated in the second round of the playoffs in one of its classic clashes with the Indiana Pacers. Mason also won all-defensive-team honors two years later with the Charlotte Hornets.

Mason's career averages - 10.9 points, 8.3 rebounds - don't tell the full story of his game. A solid, muscular presence down low, Mason was there to play defense, and on coach Pat Riley's bruising teams, he could shine.

Mason played for New York from 1991-1996, and then for the Charlotte Hornets until 2000. He made his only All-Star team in 2001 as a member of the Miami Heat, after reuniting with Riley.

He wasn't all grit, though. Despite his plodding look, Mason was a nimble athlete and deft ballhandler who often had words or designs styled into his hair.

Mason was drafted in the third round out of Tennessee State in 1988 by Portland, but he never played for the Trail Blazers. After a brief stint overseas, he played sparingly in 21 games for the New Jersey Nets and Denver Nuggets before he finally caught on with Riley's defense-first Knicks in 1991. He was a force for them as they made a run to the 1994 Finals, and clashed with other powerful Eastern Conference teams, including Michael Jordan's Bulls.

With the Hornets, Mason played three strong seasons in four years, missing 1998-99 due to injury, before Riley brought him to Miami where he was coaching a Heat team that played with the same style as those Knicks teams with which Mason flourished.

At Tennessee State, Mason was dominant, and was the school's first All-Ohio Valley Conference selection. In the 1987-88 season, he took a school-record 247 free throws.

Mason went to high school in the New York City borough of Queens, where his son Anthony Jr. would later play for St. John's University before going on to a pro career in the minor leagues and overseas. Another son, Antoine, is at Auburn this season after transferring from Niagara, where he graduated after finishing second nationally with 25.6 points per game last season.