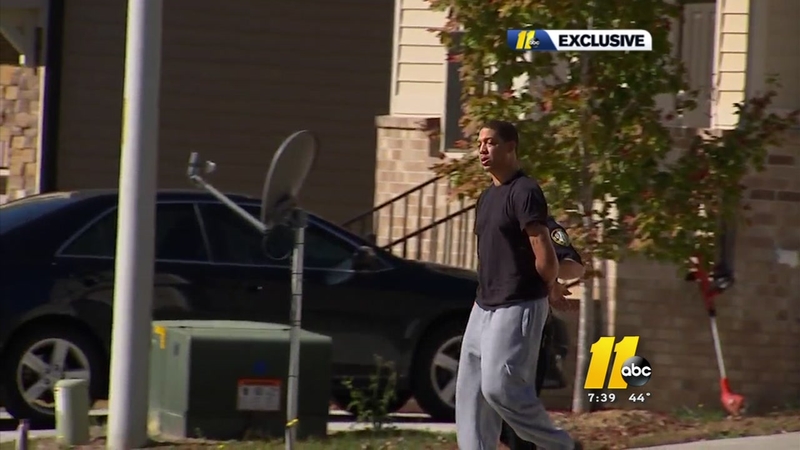 KNIGHTDALE, NC (WTVD) -- Wake County authorities said a man was shot in the 900 block of Ballast Drive in Knightdale on Saturday.

Knightdale police said the suspect, 34-year-old Lee Harris, Jr., was visiting the home of his current girlfriend around 11:25 a.m.

Harris and the female resident were inside the home when 34-year-old Alcalvin Rogers came to the house. Police said Rogers, who had previously fathered children with the female resident, severed the home's electrical power and started banging on the door.

Harris responded by opening the door and firing at Rogers with a revolver, police said.

Rogers was rushed to the hospital and Harris was taken into custody.

Investigators are working to determine Rogers' true motive for coming to the house. Those findings may result in criminal charges against him.

Harris is facing charges of possession of a firearm by a felon and assault with a deadly weapon with intent to kill inflicting serious injury. Harris is claiming self-defense.

Police said this is not the first time they've been called to that residence. The woman living there had reported burglary and assault crimes in March 2014, both involving Rogers.