Man accused of threatening driver with gun near Knightdale 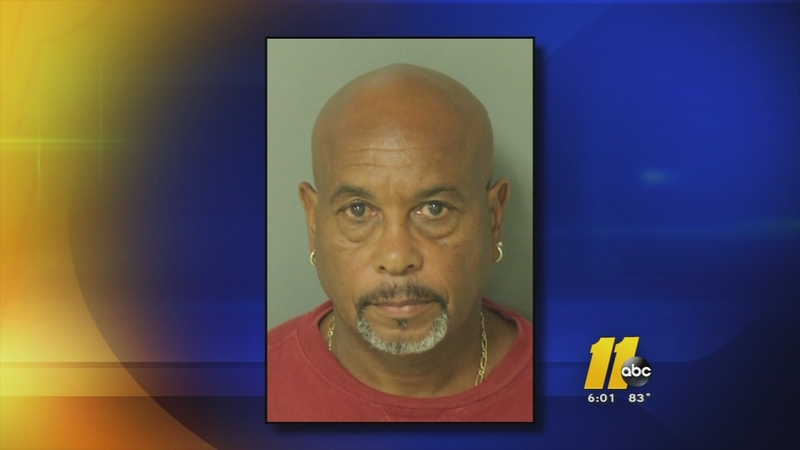 KNIGHTDALE, NC (WTVD) -- A Raleigh elementary school employee is accused of stopping a woman driving through his neighborhood and firing a gun in the air before pointing it at her.

Wake County Sheriff Donny Harrison told ABC11 it apparently started when 62-year-old Reginald Davis Jr. and his son saw a car they didn't recognize driving through their neighborhood southeast of Knightdale and tried to question the driver.

"When the car went down to make a turn to come back," Harrison explained, "they blocked the road and stopped the car and approached the car. There was a female in the car and they asked her what she was doing in the neighborhood? Who did she drop off?"

"Can you imagine?" Harrison asked, "Someone approaching you with a gun and then shooting up in the air and then come running at you with a gun -- if that's what happened, I would have been hysterical if I was a female. And I'm sure she was. She was probably scared to death to be honest with you."

"She got afraid and so she took off and when she took off, she heard something that sounded like a gun. She stopped the car and said 'Don't shoot me.' He approached the car and she said he had the gun pointed at her," said Sheriff Harrison.

Deputies arrived soon after and arrested Davis. He's charged with assault by pointing a gun and violating the Wake County firearms ordinance.

Sheriff Harrison said while Davis may have had good intentions, stopping the car was a bad idea.

"I tell the neighbors, a nosy neighbor is the best thing you can have because you know what's going on in your neighborhood. But, I tell them to call us. Let us do that. We're the professionals, we'll handle that."

"Be vigilant, see what's going on in your neighborhood, but do not approach. That's where he made the mistake. Instead of just going ahead and calling us and letting us handle it, he went too far. He went out and actually blocked the road, caused a vehicle to stop, and he could have gotten shot himself."

"It was just bad judgement," Harrison offered. "It's not that severe, but on the other hand, if you were sitting in that lady's car, if you were in her seat, it was pretty severe. You would have had the heck scared out of you."

Davis works as a custodian with Wake County Public Schools. He's on paid leave while the case works its way through the court system.

ABC11 spoke with Davis at his home Friday. He told us he's sorry it happened, but there had been some "stuff going on" in the area.

We checked crime reports for the neighborhood. The only crime we found was one Davis reported himself a few weeks ago. That was a minor theft from his property.