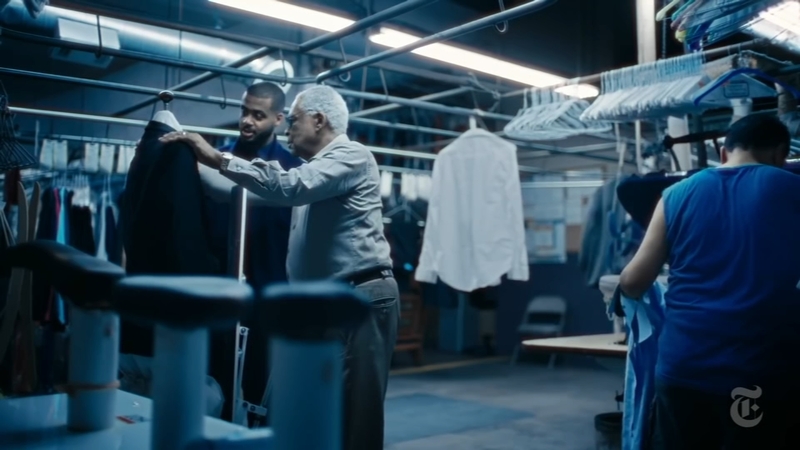 CHICAGO -- Kris Bowers is a musical powerhouse, a composer who has already done scores for "Green Book," "Bridgerton,' and "The United States vs. Billie Holiday." This year, he is nominated for an Academy Award for a film he made about his grandfather, whose struggles helped pave the way for his success.

"He grew up on a farm and at 17 hitchhiked across the country, ended up in LA and in a couple of years owned a business," Bowers said.

"A Concerto Is A Conversation" is nominated for Best Documentary - Short Subject. The soloist at its center is 92-year-old Horace Bowers, who over racist obstacles to open a thriving dry cleaning business. Now he'll be pressing a tux for his grandson's night the Oscars.

"That sort of solution-minded mentality and approach to life, I feel, is something. This is a creative art," Bowers said.

"I'm very aware I'm a Black composer," Bowers added. "I wonder if I'm supposed to have gotten to the point I've gotten to."

It's a feeling that goes back to slavery.

"That's the way my grandfather sees the world; if you're feeling that way, it's still because of slavery," he said.

Bowers was honored by Best Actor winner Mahershala Ali when he won for "Green Book." Bowers not only scored music for the Academy Award winning film, his hands were featured in the movie, playing the piano.

"He was one of the main reasons I did the film, I was such a fan of his," Bowers said.

Aretha Franklin also championed Bowers early on. He just did the music for "Respect" with Jennifer Hudson, bringing their story full circle. He worked in "The United States vs. Billie Holiday," and Kobe Bryant was a mentor when they did a film together.

Bowers said he's trying to get his grandfather decked out to watch the Oscars from home.

"We're gonna see if we can set up a red carpet or something at their house," he said.

Did he ever dream it would turn out this way?

"I knew I had dreams and I knew I had to work very hard," he said. "At this point, it feels surreal and very strange, but I feel really excited and thankful for it."