ABC11 Together: With your help, top teen musician meets his goal for new flute 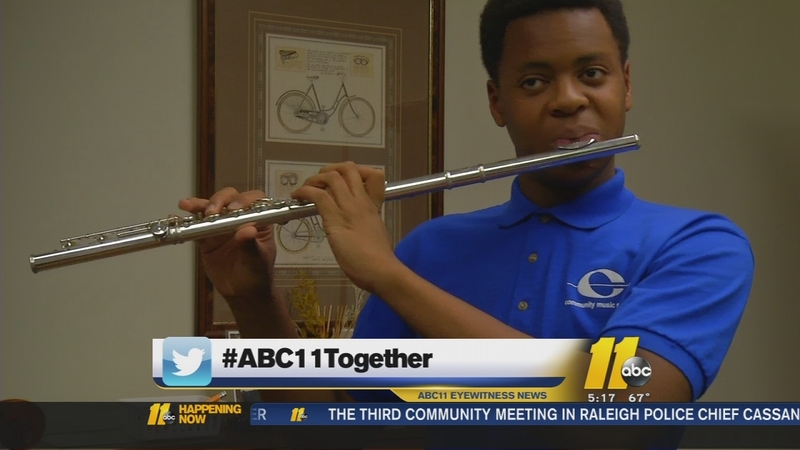 RALEIGH (WTVD) -- Kyrese Washingon, 15, is one of the top musicians in his district. His instructor says he even has potential to play in an orchestra. But his old flute is holding him back.

UPDATE: In less than an hour after airing this story, Kyrese's goal for a new flute was met. Thank you to everyone who donated!

THANK YOU! Donations poured in for Kyrese

Check out the You Caring page to help get him a new flute.

Washington is currently playing on a borrowed flute, despite being one of the top flute players in the area.

His instructor, Kelly Roudabush, said he absorbs lessons like a sponge but his old, intermediate flute is the only thing holding him back.

"He has more talent in like his little pinky finger than most people do in their entire body," said Roudabush.

It's why Roudabush started a You Caring fundraiser for him. So far, they're more than half way to the goal.

"Music is something I really love and something I want to do for the rest of my life, and this flute will get me started," said Washington.

He's been playing the flute for five years and said he's had big dreams ever since a stranger stopped him one day when he was practicing outside.

"A lady came out the car and she said that she really enjoyed my playing, even though I messed up a bunch of times," Washington said. "My flute playing cheered her up. And I was really shocked because I was just practicing. I think it would be really cool if I could do that with everybody I meet."