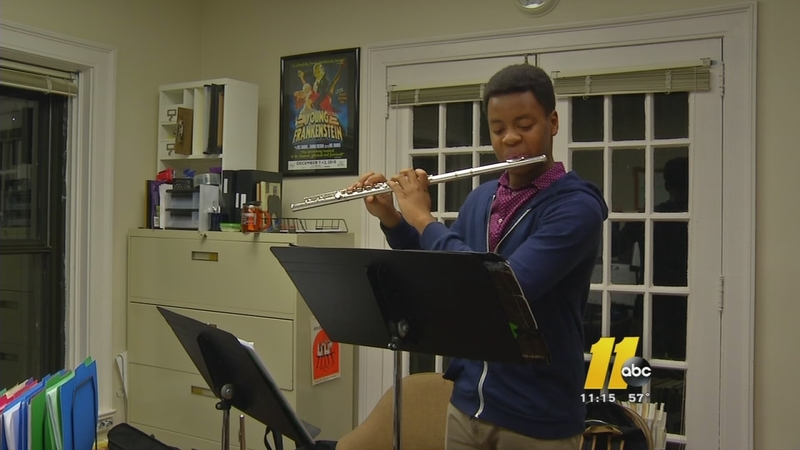 Teen gets his new flute

RALEIGH (WTVD) -- Eyewitness News asked for your help in an ABC11 Together effort to get a talented teen musician a new flute, and the community responded right away, meeting the fund raising goal in under an hour.

"There's an immediate difference with how he can play," Roudabush said. "With the flexibility of the sound that he can do, the dynamic possibilities - and that's just from the immediateness of just getting the flute - so imagine, it goes even further than that the more he learns the instrument."

Kyrese's grandfather, Edward Washington, takes him to every music lesson and said the flute is all Kyrese thinks about.

"He will stay up till 12, 1 o'clock in the morning just working on the flute," Washington said. "And trying to write a different song."

Kyrese said he couldn't be happier, and that he wants to express his gratitude to everyone who donated. He also had a special message for the anonymous donor who donated more $1,100, which allowed his fundraiser to meet the goal.

"Thank you a thousand times," Kyrese said. "I think it would be really cool if I can play for them, and actually say thanks for what they're doing, for giving me the new flute."

Kyrese hopes to go to Cannon Music Camp this summer, at Appalachian State University, and plans to do so with the extra funds that were collected.