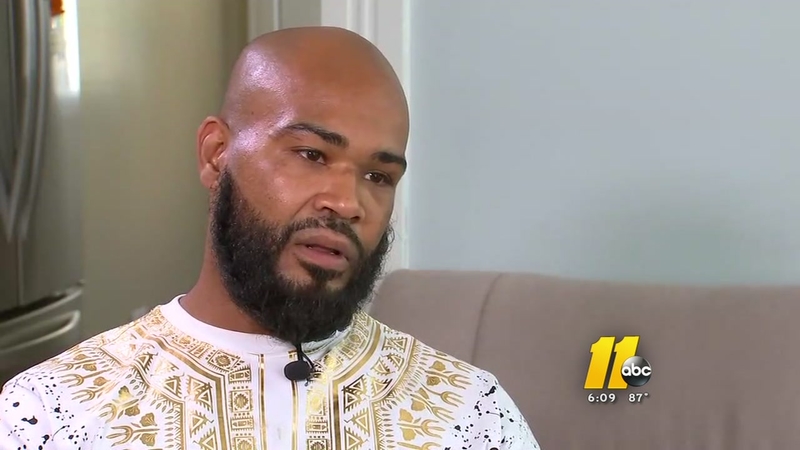 RALEIGH, N.C. (WTVD) -- A Raleigh man at the center of an arrest that gained attention after the law enforcement officers involved were charged in the case has been cited for an alleged assault on an officer.

Kyron Hinton was cited Sunday for misdemeanor assault on a government officer.

It happened just after midnight Sunday at a home on Golden Avenue.

Deputies responded to the area for a report of a shooting.

They were unable to find anyone who had been shot but, based on deputies' observations of Hinton, EMS was asked to evaluate him, according to the sheriff's office.

Hinton was taken to an ambulance alongside his mother, EMS personnel and deputies.

Authorities said that when Hinton got inside the ambulance, he became combative and kicked a deputy.

Hinton was then transferred to WakeMed Garner for treatment.

The Raleigh man has been in the public eye recently after a separate incident in April in which Hinton was arrested. Two state troopers and a Wake County sheriff's deputy were later charged with assault with a deadly weapon in connection to the case.