2 workers, suspect injured during armed robbery in Chapel Hill, 1 suspect on the run 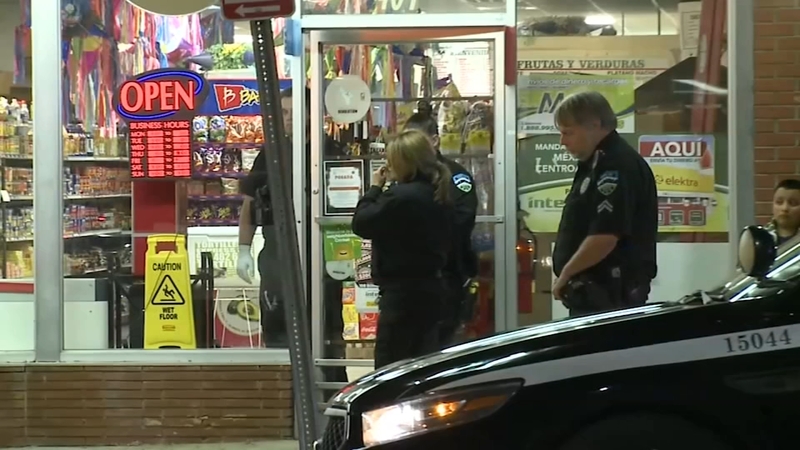 CHAPEL HILL, N.C. (WTVD) -- Three people were injured in a fight during an armed robbery in Chapel Hill on Monday night.

Just after 8 p.m., Chapel Hill police said two suspects-- one armed with a revolver, the other a BB gun-- attempted to rob the La Nueva Guadalupana on W. Rosemary Street.

Officers say a fight broke out between the suspects and the store workers.

During the fight, one of the workers was shot in the leg, another worker was cut and hit on the head and one of the suspects suffered a cut to the head.

All three were taken to UNC hospitals with non-life-threatening injuries, according to Chapel Hill Police.

The other suspect fled the scene. Police described the suspect as a male wearing blue jeans, a black sweatshirt with text on the back, white Nike shoes with dark accents, and was possibly cut during the fight.

Police said the suspect was seen fleeing in a silver car believed to be an Acura.

Police advise calling 911 if they see the suspect.