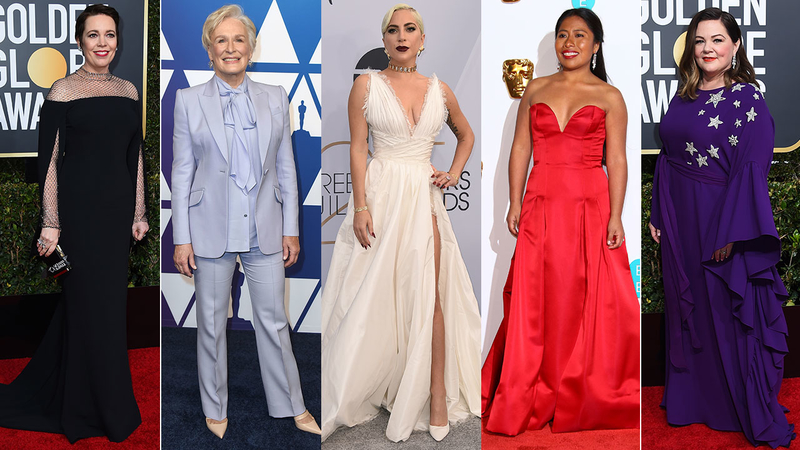 What will they wear? Best Actress nominee fashion

For fans of fashion, Hollywood's biggest night is the Super Bowl of red carpets.

On Sunday, Feb. 24, a stream of A-listers and high achievers will grace the Oscars red carpet, and fans will be on the lookout for the nominees of one of the night's biggest categories: Best Actress in a Leading Role.


RELATED: See the full list of 2019 Oscar nominees
Nominated for this honor are five actresses whose talents are as diverse as their senses of style:

Aparicio, a former schoolteacher, was nominated for her film debut for playing housekeeper and caretaker Cleo in Roma. Aparicio is the first Mexican indigenous actress nominated for an Oscar.

RELATED: Everything to know about Roma

Close has received her seventh Oscar nomination for playing a complex woman reflecting on her life choices as her husband receives the Nobel Prize for Literature. Close has won Best Actress at multiple awards shows, including in the drama category at the Golden Globes.

Colman plays a frail but feisty Queen Anne in the female-led period comedy. Among her awards, Colman took home Best Actress at the BAFTAs.

Lady Gaga, A Star Is Born:

In the fourth version of the music-driven love story, Gaga plays up-and-coming pop star Ally. One of the songs she wrote for the film, "Shallow," has become a pop culture phenomenon, earning two Grammys.

Melissa McCarthy, Can You Ever Forgive Me?:

McCarthy is nominated for her most serious role to date as Lee Israel, a writer who goes to extremes to pay her bills and care for her sick cat.

While we won't know what they're wearing until the big day, we can take a look back at what they've worn so far this awards season. Check out highlights in the video above and the gallery below.

Music stars arrive at the Grammys

Stars walk the blue carpet at the Critics' Choice Awards