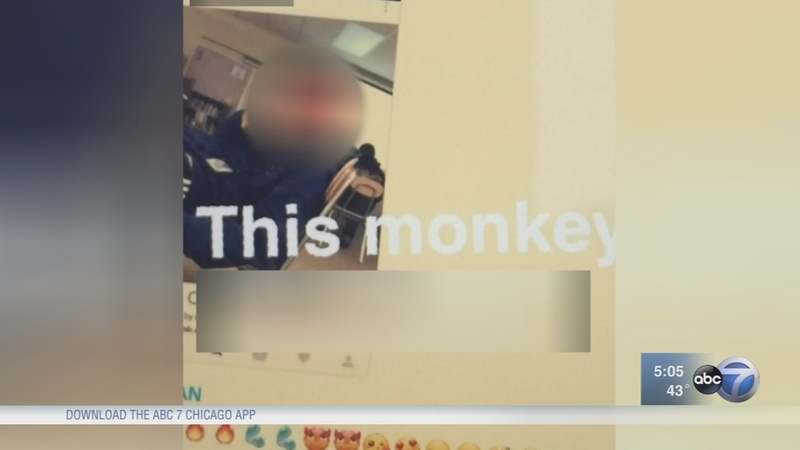 LAKE IN THE HILLS, Illinois -- A middle school student in Illinois has been charged with a hate crime after police said he targeted a classmate with racially insensitive social media posts and other threats.

The racist threats, as well as other messages posted on social media, apparently began in early October and targeted several students at Marlowe Middle School in Lake in the Hills. The student is now facing juvenile charges, including hate crime charges.

"Literally felt sick. You don't, you never want to see things like that, and obviously they're hurtful and they're ugly, and then to see them directed toward your child," said the mother of one the students targeted, who did not want to be identified.

Many of the social media posts used the n-word. One showed a gun, and another threatened to kill her son and others at Marlowe Middle School. The posts came to the attention of school officials earlier this month and they put the school on lockdown while they searched for the boy who posted the threats. This mother, however, took no chances.

"I know now after the last video that he got a semi-automatic rifle. So at that point we left, we left town. My kids missed a few days of school," she said.

She said the boy involved threw bananas at her son and made racial slurs. It continued for several days.

"To watch somebody realize that somebody hates them this much for the color of their skin is one of the worst things you can really watch your child go through as a parent," she said.

She spoke with school officials and police, who arrested the teen and charged him with a hate crime. In the meantime, the school's principal put out a message to parents warning of "the seriousness of this kind of behavior and the serious consequences that any student who creates or shares his messages of this kind will face."

"I believe the charges are fully warranted. There's a hate crime," the student's mother said.