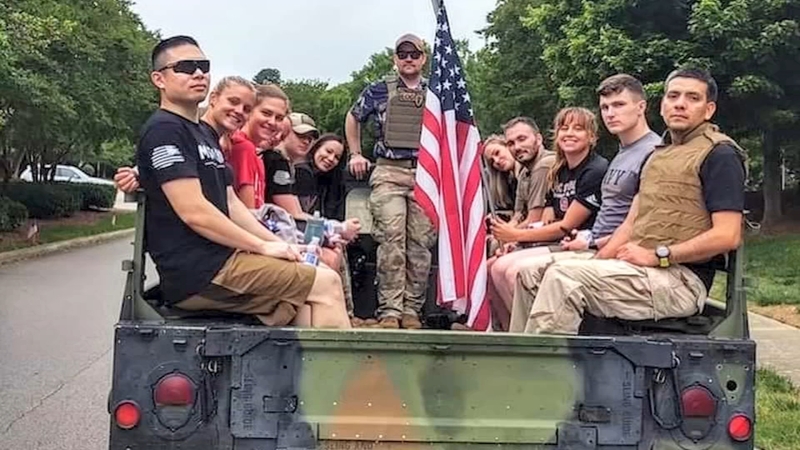 Ride of Honor parade to remember fallen soldiers in Raleigh

CARY, N.C. (WTVD) -- The annual Laps of Honor Memorial Day event in the Triangle organized by the U.S. Veterans Corps will look a little different in 2021.

As the pandemic continues, a parade of military vehicles and motorcycles will hold a Ride of Honor on Saturday, May 29 to honor the fallen for Memorial Day.

Sipple grew up in Cary and was very active on his neighborhood swim team. After he died in Afghanistan in January 2014, a Laps of Honor swimming and fundraising event began to honor his sacrifice.

During the pandemic, Laps of Honor became a Ride of Honor with stops along several significant locations in Raleigh and Cary.

"We start at this location at Tobacco Road Harley Davidson," explained Andrew Ladner with U.S. Veterans Corps. "And we go down to a cemetery right down the street right here in Raleigh where Ray Price, this used to be Ray Price Harley Davidson, and one of our Hero Home recipients husbands who was killed in combat operations is buried."

The group will then take a ride through Andrew Sipple's neighborhood in the middle of Cary where.