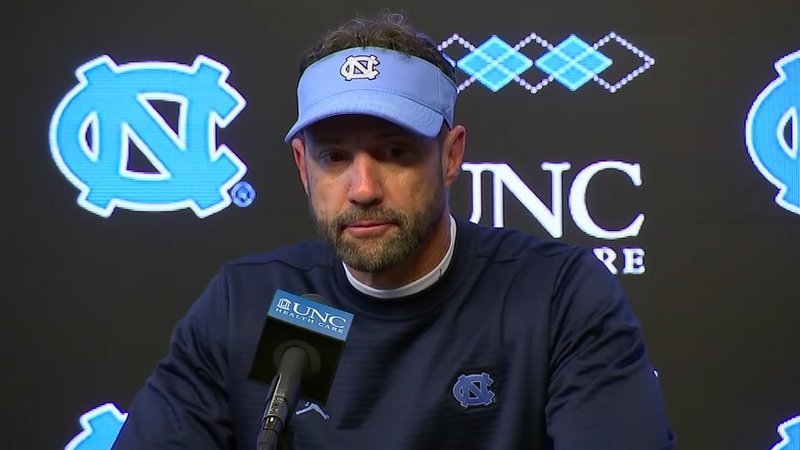 CHAPEL HILL, N.C. (WTVD) -- We may have just witnessed the final game of Larry Fedora's tenure in Chapel Hill. That decision will certainly come shortly now that the season is over.

What a precipitous fall from grace it would be after taking the Tar Heels to the ACC Championship Game just 3 short years ago.

UNC players all spoke of the resolve they unfortunately needed so much of during this bumpy ride. Several were asked if they felt like they were playing for their coach today. Most said they were playing not just for Fedora but for everyone in the locker room, on the support staff, and in the stands.

It was the same losing recipe again today. An offensively fruitless first half when the defense was standing strong and then an inability to get stops in the second half once the offense kicked into gear.

When asked after the game if he felt like he was coaching for his job today, Larry said "I don't know, we'll find out."