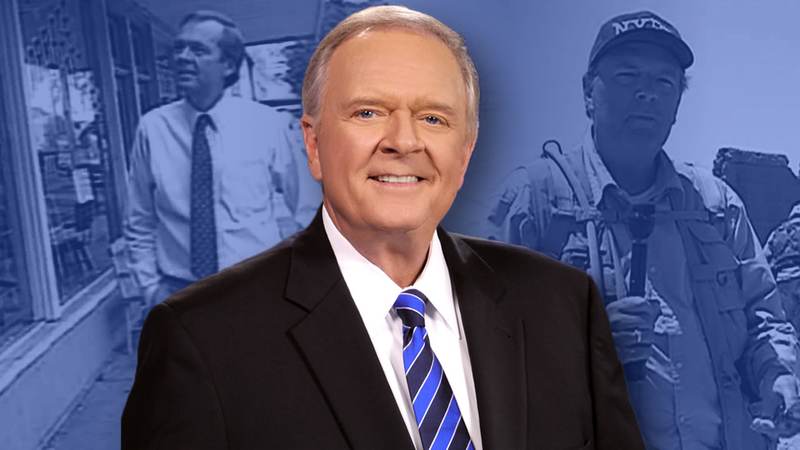 DURHAM (WTVD) -- It's been almost five weeks since long-time anchor Larry Stogner's voice was last heard on-set and in the ABC11 newsroom.

Now, he's using his voice for a different purpose at home... reading simple phrases into a microphone that's been hooked up to his computer. All of those words are being used as part of a voice-banking process that will save them for the day ALS robs him of the ability to utter those words on his own.

"You upload it to this company, and they send back a file that we give to the ALS people and they basically synthesize my voice, or something very close to it, to put into a computer that at some point, when I have no voice, I can hit a button and say 'Hi, how are you?'" Larry explains.

Although it's a tedious task that will take nearly eight hours on his part, Larry is laboring now before it's too late.

"Of all the things I'm going to lose, I think that's probably going to be the first. "

Doctors don't know when this will happen, because ALS progresses differently from person to person. That's one of the reasons why Larry is trying to live life to the fullest.

"Vacations, going to ballgames, playing golf while you can, things like that," he says.

That's not to say his illness isn't weighing on him, despite the calm, matter-of-fact manner he uses to detail it.

"This is what I'm letting you see," he said as his eyes welled with tears. After a long pause, he buried his face in his hands to compose himself.

In fact, Larry says one of the side effects of ALS is that it makes you more emotional, which only complicates the stark reality he faces: a disease for which there is currently no cure.

"If you really get down in the weeds with this disease and think about worst case, and what's going to happen when this happens, it's terrifying," he admits.

However, to help counteract that, Larry is focusing on using his experience to help others. That's why he's volunteered to be part of a Duke Research Study aimed at creating a device to help patients who have lost all ability to move, including blinking, to communicate.

"So it will allow them to type on a computer or make requests or speak things out loud," explains Duke Researcher Kevin Caves. "This brain computer interface system would be used to make character selections that could then be built into words and phrases that could then be spoken out loud by the computer."

As part of the study, Caves and another researcher came by Larry's home and hooked him up to a computer that monitors and collects his brain signals. That's done, in part, through a special cap placed on Larry's head that he must wear while counting flashing letters on a screen.

The data collected, although only in the research stage in the U.S. right now, will hopefully lead to creating a commercially available device. And while it won't help Larry, it could help others someday.

"If it will help somebody down the road, I'm glad to do it," Larry explains.

And his efforts are greatly appreciated by Duke Researchers, especially since ALS strikes so few people.

Besides noticing the decline of his voice, Larry says he otherwise feels pretty good. And, he said the thing that's helped him the most through this difficult time is the support of friends, family, colleagues, and countless viewers.

He says the cards, emails, and social media messages he's received have been overwhelming and have been a bright spot in an otherwise dark time in his life.