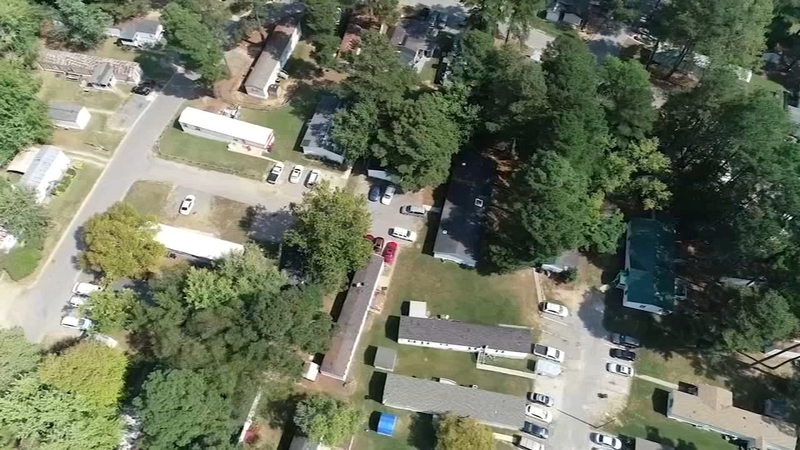 There have been public meetings on the project -- which calls for improving safety at the busy rail corridor on East Chatham Street and Northeast Maynard Road.

Residents have been meeting to discuss it as well.

Judith Tellez has been living at the "Mobile Estates" in Cary for 12 years.

"Everybody is worried about that because there's a lot of people affected. For the kids, especially, because a lot of people have kids that go to the school," Tellez said.

NCDOT said no decision has been made on the project.

There are 20 trains and 20,000 vehicles at the intersection every day, according to NCDOT.

A bridge would be built there to try to prevent accidents.

There are two plans, bringing Maynard Road under or over the railroad.

One option would shift Maynard Road through part of the mobile home park, referred to as "Las Americas."

It is believed some 280 families live there.

NCDOT said if they need to buy right-of-way property, it won't happen for three years.

"I'd be left without work," said Liliana Resendiz.

She works at a store across the street from the mobile home park and is concerned the project could force them to close the store.

Management at the mobile home park said they're not taking action until they know what will happen in regards to the project.