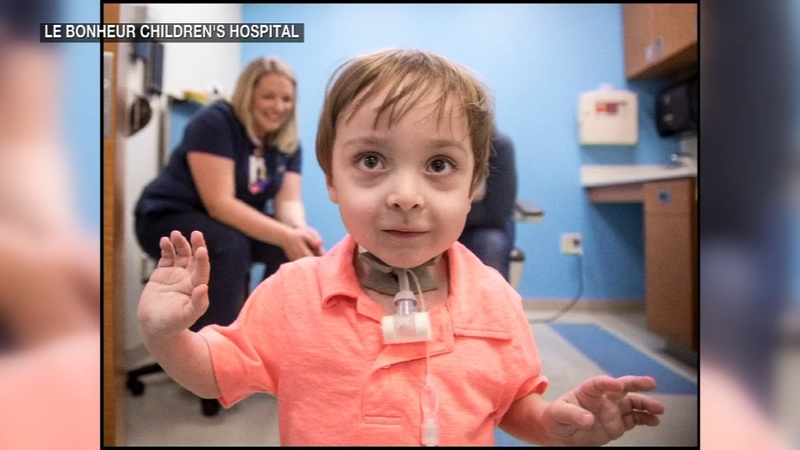 Doctors at Le Bonheur Children's Hospital were able to create a voice box and airway for Cooper Kilburn using a part of his ribs, WMC Action News reported.

Cooper was born with congenital high airway obstruction syndrome - meaning his trachea and larynx were blocked and he had no way to breathe or speak.

Cooper's mother Brooke was in a car accident when she was 17 weeks pregnant and found out about her baby's diagnosis during an ultrasound after the crash.

A first surgery wasn't successful so Cooper was taken to Le Bonheur in Memphis.

Using part of Cooper's ribs, doctors created a voice box and airway for him - something that has never been successfully done before.

Five months later, Cooper is beginning to make noises and only uses a ventilator at night.