DURHAM, N.C. (WTVD) -- Lemurs are the planet's most threatened group of mammals -- so the Duke Lemur Center is excited to announce the addition of two of these critically endangered primates.

Hamill and Gellar are blue-eyed black lemurs, which are among the most threatened lemurs of all.

According to the Duke Lemur Center:

Named after blue-eyed celebrity Mark Hamill (the famous Luke Skywalker - the Lemur Center has lots of Star Wars fans on staff!), Hamill was born on March 22 to parents West and Quinn. 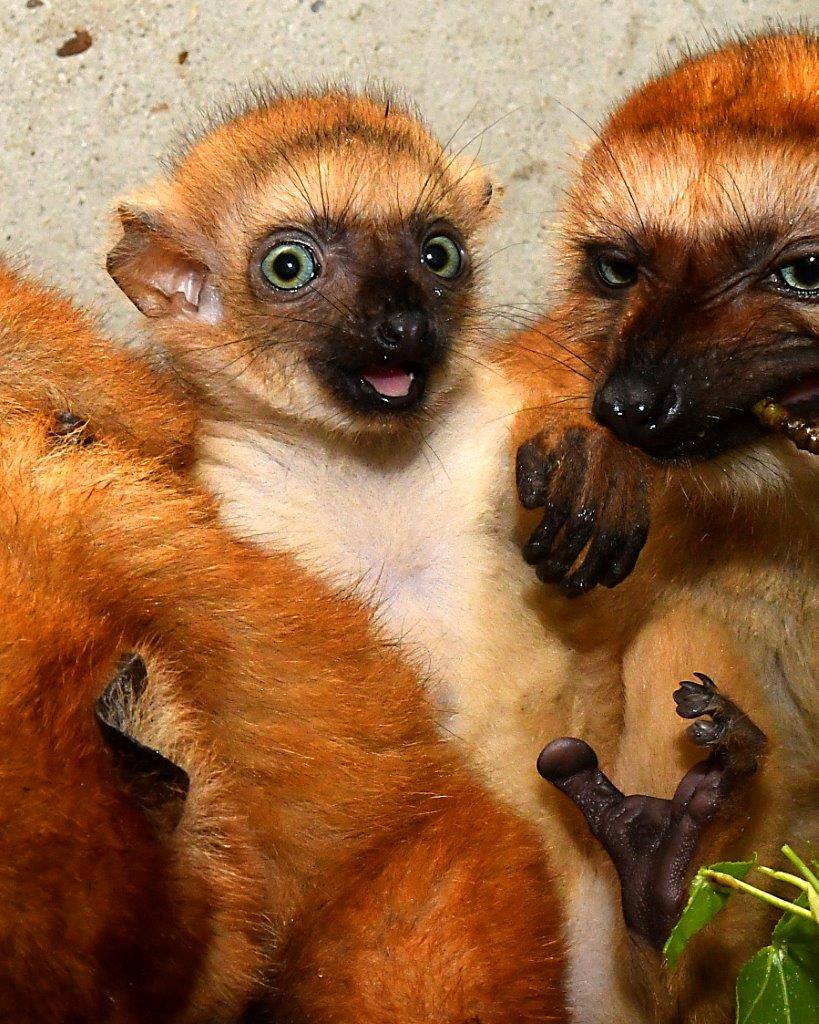 On March 21, West was observed acting a bit peculiar: she was snapping at members of her family group (her mate Quinn, daughter Poehler, and son Lincoln), licking her lips, and stretching out on a shelf looking uncomfortable. The staff suspected she might be about to start labor so she was moved into her "baby suite." Not long after, West gave birth to a strong, healthy male infant, weighing in at a respectable 72g!

Gellar, named after blue-eyed actress Sarah Michelle, was born on March 14 to parents Wiig and Hiddleston. For their first several days, Gellar and Wiig - like all mommas and infants at the DLC - lived together in a "baby suite" separate from the other members of the family, as infant survival rates are significantly higher when mom and baby are away from the group for a few days and gradually reintroduced when the infant is less vulnerable. The family's first all-day intro took place on March 27, and the family is doing beautifully! Gellar is climbing off of her mom a lot and starting to explore the group's enclosure on her own, although never too far from the safety of her momma.

There are only five female blue-eyed black lemurs of breeding age in North America. Of these, four reside at the Duke Lemur Center: Margret, Wiig, West, and the DLC's recent arrival from Madagascar, Velona.