Woman arrested after sending threats to 'lick' and 'taste' children 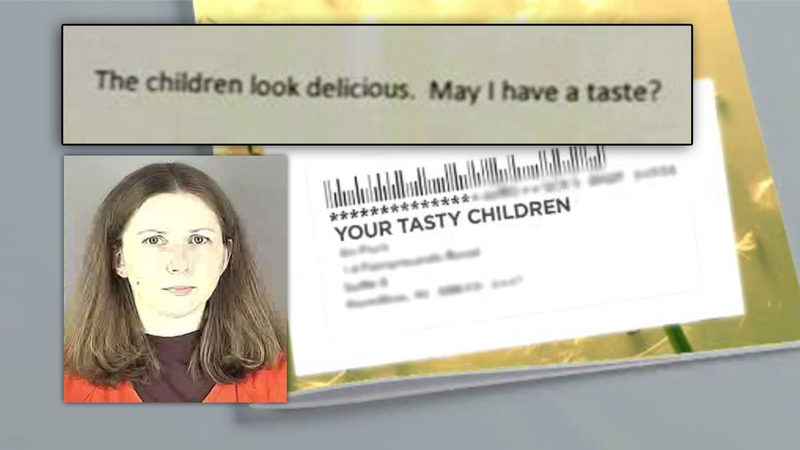 CHAMPLIN, Minn. -- A 38-year-old woman is accused of sending anonymous threats to a family that said she wanted to taste and lick their children.

Police say Pernula sent the first threat late last month. It was made to look like an anonymously-sent letter that read, "The children look delicious. May I have a taste?"

The family, who has two elementary school aged children, reported the letter to police.

Days later, they began getting magazine subscriptions delivered to their home.

"Instead of a name on the address label it said things like 'tasty children' along those lines," Champlin Deputy Police Chief Ty Schmidt told WCCO-TV.

Investigators were able to trace those magazines back to Pernula who admitted to sending them.

"She was angry because the kids were leaving things in her yard and I think being a little noisy, being kids, the way kids are," Schmidt said.

Pernula was taken and released from jail. Any possible charges against her are still pending.