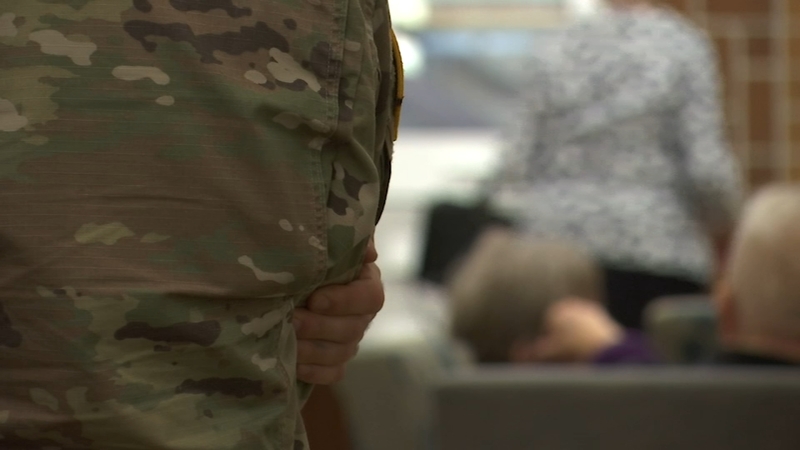 FAYETTEVILLE, N.C. (WTVD) -- Breast Cancer Awareness Month merely highlights what the Oncology Department on Fort Bragg strives to achieve year-round: educating soldiers and primary care providers on the misconceptions of the disease and how they can protect themselves.

Lieutenant Colonel Lindsey Graham is a Service Chief at the branch within the Womack Army Medical Center (WAMC).

Graham says 10% of all breast cancer cases are women between the ages of 20 to 44; a demographic that is synonymous with women in service.

"One to three cases per week. Usually, women but some weeks will be more and some will be less," Graham said.

On the flip side, men are also susceptible, with one out of every hundred getting the disease.

The WAMC says they have had two cases involving men in the last three years.

Because the disease only affects one-percent of men, Graham believes they can become complacent, "It's just not thought of when someone finds something on their chest. It's thought to be some other abnormality other than cancer."

The Oncology Department goes to specific units on base to educate soldiers and providers on some of the myths:

Medical center officials add that the chance of getting breast cancer actually increases during pregnancy.