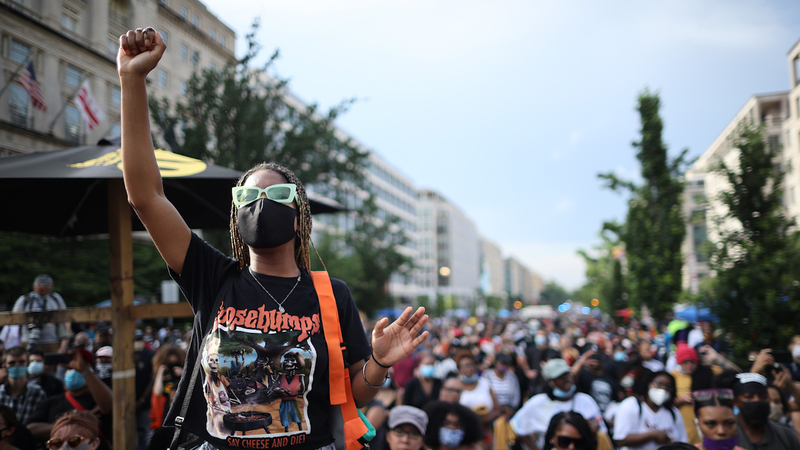 What to know about 'Lift Every Voice and Sing,' dubbed the Black national anthem

WASHINGTON -- "Lift Ev'ry Voice and Sing," a civil rights hymn that speaks to the faith and resilience of African Americans, was sung for the first time in 1900 at the height of segregation and lynching.

A century later, Rep. James Clyburn is introducing a bill in Congress to make it the official national hymn, alongside the national anthem.

"Lift Ev'ry Voice and Sing" has come to be known as the "Black national anthem." Meanwhile, "The Star-Spangled Banner" has been widely criticized in recent years because it contains lyrics that glorify slavery.

Clyburn is the House Democratic Whip and the highest-ranking Black lawmaker in Congress. He said he's considered this effort for years, but decided to revisit it amid intense divisions in the U.S. and the rise of a modern civil rights movement.

Reiland Rabaka, the author of "Civil Rights Music: The Soundtracks of the Civil Rights Movement," said that "Lift Ev'ry Voice and Sing" reflects the "tragedies of the African American experience, but also the triumphs," and this juxtaposition gives it the "staying power that it has to this day."

The hymn was originally a poem, written in 1899 by James Weldon Johnson, an African American activist and writer.

According to the Library of Congress, the poem was set to music in 1900 by Johnson and his brother, John Rosamond Johnson, and was first performed at a Lincoln Birthday assembly at the Stanton School, a segregated black high school in Jacksonville, Florida.

Weldon Johnson later became executive secretary of the National Association for the Advancement of Colored People, which was founded in 1909.

There, he was an outspoken voice in the civil rights movement and the fight against lynching and segregation. In 1920, he was honored by his colleagues who declared "Lift Ev'ry Voice and Sing" as the "the Negro national anthem," per the Library of Congress.

Rabaka, a professor of African American studies at the University of Colorado in Boulder, said that the hymn is symbolic of the New Negro Movement -- a term popularized during the Harlem Renaissance -- when a new generation of African Americans began to rise up and speak out.

"This so-called New Negro is going to be representing that first generation of African Americans to come of age in American society that are not in bondage," Rabaka said. "So they sort of come into the 20th century with this new optimism -- that they're going to be able to really have access to American democracy."