UFO in California, bright light in the sky, during Navy submarine missile test 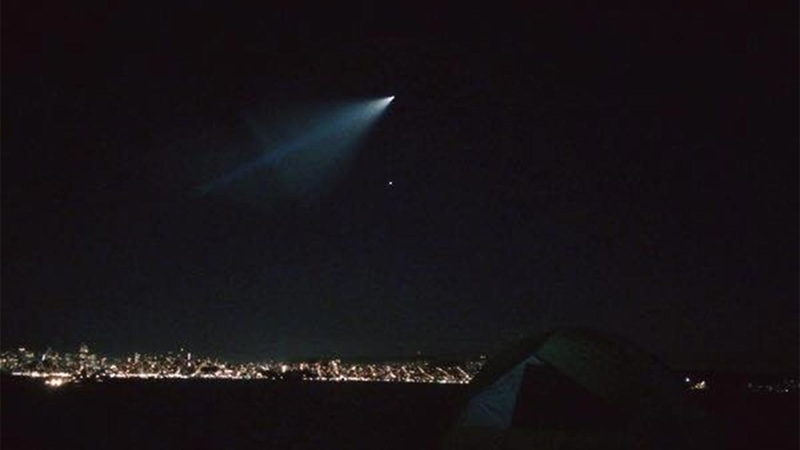 FRESNO, Calif. -- The Navy fired an unarmed missile from a submarine off the coast of Southern California Saturday night, creating a bright light that streaked across the state and was visible as far away as Nevada and Arizona.

The incident lit up social media, with some speculating it could be a UFO.

A Navy spokesman told The San Diego Union-Tribune the Navy Strategic Systems Programs conducted the missile test Saturday in the Pacific Test Range northwest of Los Angeles. The test was of a Trident II (D5) missile from the Kentucky, an Ohio-class ballistic missile submarine.

Cmdr. Ryan Perry said the launches are conducted on a frequent basis to ensure the continued reliability of the system and that information about such test launches is classified prior to the launch.

The lack of information about the streak of light led to a flurry of calls to law enforcement agencies.