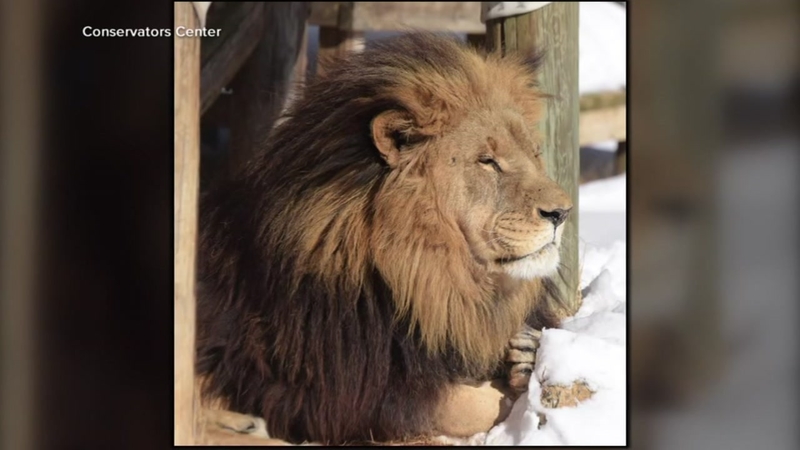 CASWELL COUNTY, N.C. (WTVD) -- Both the federal and state government are investigating the Conservators Center in Caswell County where a 22-year-old intern was mauled to death in a lion attack.

It's been week-and-a-half since Alex Black was fatally attacked by a lion while cleaning out an enclosure area. The center has said a 14-year-old male lion named Matthai somehow escaped a locked area.

The Center has been operating under a USDA license, and ABC11 has been told the USDA has been out to the center. There was an initial delay because of the government shutdown.

I’m now being told both the USDA (in spite of the government shutdow) and OSHA have been to Conservators Center to investigate the deadly lion attack that killed an intern. A state spokesperson says case is “a priority.” #ABC11 pic.twitter.com/wFOru7czJE

The North Carolina Department of Labor, which oversees OSHA, is also investigating the center and said the case is a priority.

One officer is being dedicated to the review and he'll have help from others.

The investigation could take four to six months.

RELATED: It took 3 tranquilizer darts and 8 rounds to take down lion after deadly attack

"The purpose of the investigation is to determine whether or not any occupational safety and health standards were violated and/or contributed to the incident. We have very limited details at this time," said Labor Spokesperson Mary Katherine Revels.
ABC11 reached out to Patrick Kane, the attorney for the wildlife center, on Wednesday afternoon to speak about the OSHA and USDA investigations.

"The Center is not comfortable commenting on the status of their respective reviews because I frankly don't know where they are in their internal processes," Kane said via email. "The center is fully cooperating with the USDA and NC DOL."

Authorities had questioned whether Matthai had rabies. Last week, the lion was sent to the Rollins Lab in Raleigh. ABC11 was told the test came back negative.

Meanwhile, Black was laid to rest this past weekend. Her family is preparing to build a memorial at Wolf Park in her native Indiana to honor her life and work.

An annual "end of holiday" event at the center was canceled Wednesday.

The center is hoping to reopen to the public.