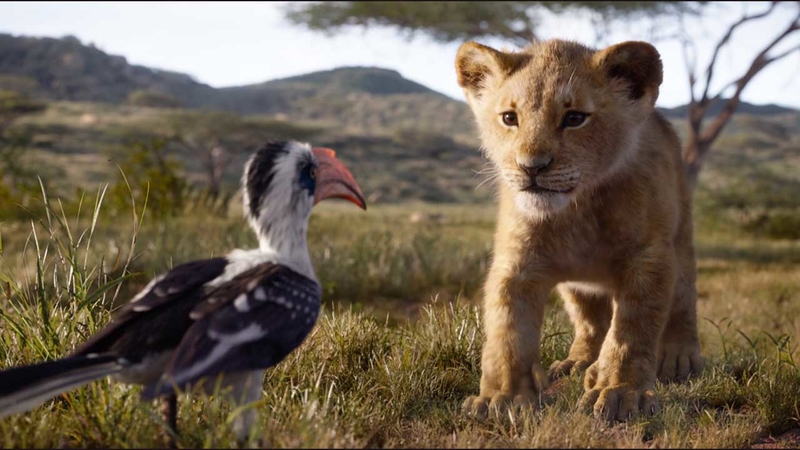 The countdown to the live-action The Lion King is on. It's getting released in 100 days. To celebrate, Disney dropped a new trailer.

The new trailer features a plethora of iconic moments from the original 1994 animated film, including lines from Mufasa's speech to Simba about leadership and the sequence where Simba grows up. We also hear Timon and Pumbaa singing a bit of "The Lion Sleeps Tonight."

The all-star cast includes Donald Glover as the voice of Simba and Beyoncé as Nala. James Earl Jones will reprise his role of Mufasa, Simba's father. Alfre Woodard will play Simba's mother, Sarabi.

Seth Rogan and Billy Eichner take on the voices of friends Pumbaa and Timon.

Keegan-Michael Key and Eric André also star in the film voicing new characters. Key's is named Kamari while André's is named Azizi, according to IMDB.