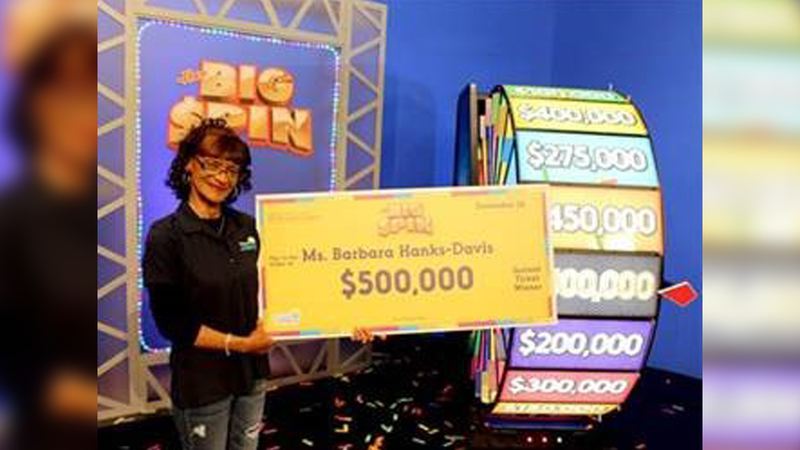 RALEIGH, NC (WTVD) -- A post office worker won the lottery after picking up a ticket while on her lunch break.

Barbara Hanks-Davis bought a ticket at the Han-Dee Hugo on Leesville Road while picking up some chicken nuggets for lunch, according to a statement from the North Carolina Education Lottery. When she scratched off the ticket, she learned she would have an opportunity to attend the lottery's Big Spin live event Monday.

"I thought, 'This can't be right. Maybe I hit the wrong button,'" Hanks-Davis said in the statement. "I called my son and had him check it and he said, 'Yes mom. You did win.' I started jumping and screaming on the phone. I was screaming and hollering, I was so excited. I had to calm myself down so I didn't have a heart attack."

During Monday's live event, Hanks-Davis won $500,000. She will take home more than $350,000 after taxes. Hanks-Davis told the lottery she already has big plans for her big win.