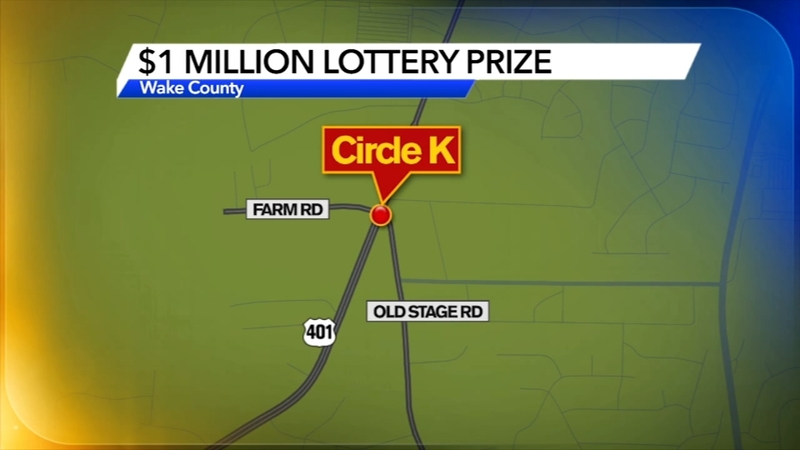 RALEIGH (WTVD) -- A Raleigh woman let a $1 million lottery ticket sit in her glove box for a week.

Tina Reffo bought two scratch-off tickets at the Circle K on Fayetteville Road in Raleigh on Dec. 5. Those won enough for her to buy two more.

Those two tickets did not win -- or so Reffo thought.

"I didn't think I'd won," she said Wednesday. "It's been sitting in my car since last Thursday."

SEE ALSO: Raleigh lottery winner to use money to care for 90-year-old mother

She treated the lottery tickets as if they were worthless. She left them in her glove box, took the car to get cleaned, and thought nothing of it.

Wednesday morning she pulled out the tickets so she could submit them to the game's second-chance drawing.

Just for good measure, she checked them again. That's when she saw it.

SEE ALSO: Goldsboro man thought it was a robocall -- he actually won $1 million in a lottery second-chance drawing

One of the tickets was a $1 million winner. She couldn't believe it.

She even took a picture of it and texted her daughter to confirm.