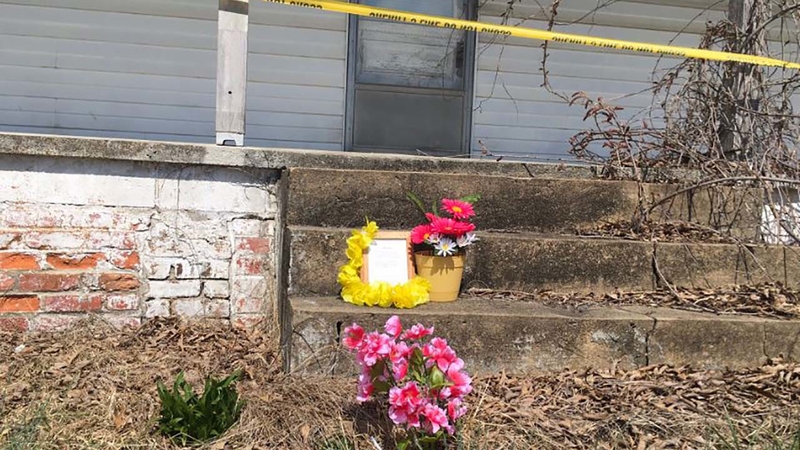 NASHVILLE, N.C. (WTVD) -- An extradition hearing has been set for the Nash County man accused of killing his wife and then fleeing the state.

Rexford Lynn Keel was arrested without incident on Interstate 10 on Sunday morning after authorities in Arizona conducted a felony stop on the car he was driving.

Keel is scheduled to appear at the Superior Court in Pima County, Arizona on Thursday at 5:30 p.m. ET.
He appeared before a magistrate in Arizona over the weekend. North Carolina or Arizona could request the hearing gets moved to an earlier or later date, according to court officials.

Nash County Sheriff Keith Stone will travel to Arizona this week to bring Keel back.

Meanwhile, a memorial for Diana, with flowers and notes, has been set up outside the Keel home in Nashville.

One note says "Rest in Peace. Know that you and your children are loved by many."

Artist Leslie Loux knows the daughter of the murdered mother.

"It's in my heart and I'm praying for Laura (Diana's daughter) and of course, (Laura's) brother," Loux said. "This is because this is something they're never going to get over."
Loux has a booth at Pine Street Marketplace in Spring Hope, not far from the Keel home in Nashville. She said the murder is the talk of the town in the small community.

"They're just kind of talking about the fact that it's tragic that he lost his first wife to whatever and now his second wife," Loux said. "I think they've kind of figured out how the second wife left this Earth. It brings up theories and thoughts that people had about the first wife."

Elizabeth's death was deemed accidental "based on the blunt trauma to the head from falling and striking her forehead on the corner of the Keel's front concrete steps of their home," the Nash County Sheriff's Office said. Now, investigators say they're talking to the District Attorney's office about reopening the case.

Mauricio Guevara Prada, Diana's brother, said he went to the US Embassy in Colombia Monday and was granted a Visa to travel to the U.S. He said he and his mom hope to come to North Carolina this week to help Diana's son and daughter.