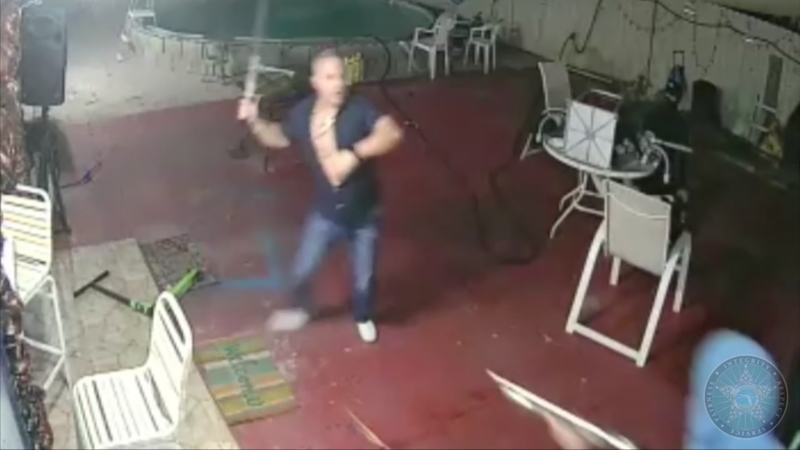 SARASOTA, Florida (WTVD) -- While most homeowners use guns to defend their homes, one man in Florida decided to use another weapon.

A video released by the Sarasota Sheriff's Office shows the man used a machete to ward off several men who tried to rob him Friday night.

In the video, you can see three armed, masked men walk onto the patio and charge at the homeowner and another man.

When the trio entered his yard, the man quickly grabbed a plank of wood, but when that didn't deter the criminals, he sprinted away and reappeared with a machete.

The homeowner successfully disarmed two of the intruders while the others ran away, one even hopped the fence.

Police said the five men were arrested and taken into custody.