Reports: Mack Brown to be next UNC football coach 30 years after first stint with Tar Heels 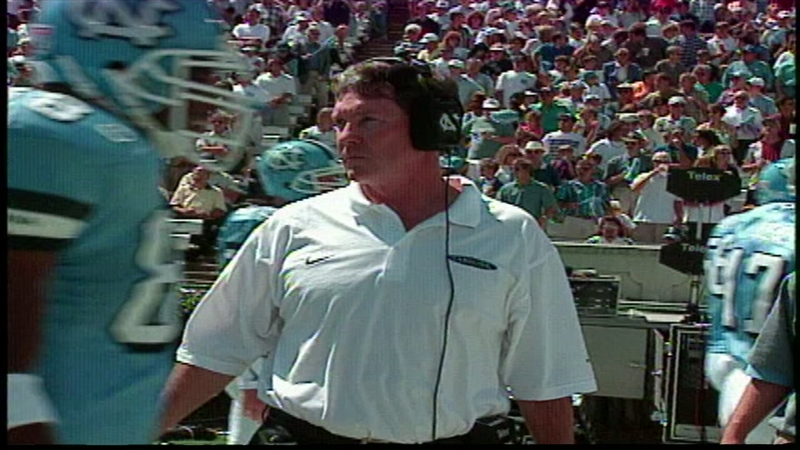 CHAPEL HILL, N.C. (WTVD) -- Mack Brown will once again be coaching football at the University of North Carolina, according to our newsgathering partners at the News & Observer.

Brown has agreed to terms to become the next head coach at North Carolina, a source told ESPN on Monday night, pending approval by the university's board.

Brown, 67, was first hired as UNC's football coach in 1988. He had winning seasons in eight consecutive years, culminating in back-to-back top 10 rankings in the 1996 and 1997 seasons.

Brown then left UNC to be the head coach at Texas. He coached UT for 16 seasons, amassing a 158-48 record and winning a national title in 2005.

Since retiring from football in 2013, Brown has been an analyst for ESPN.

ESPN says Brown is a "front-runner" for the UNC job. ESPN sources suggest the deal is in place but has not been finalized.
In 2018, Brown was inducted into the College Football Hall of Fame.

Former head coach Larry Fedora was fired Sunday morning after losing to NC State in overtime 34-28, and ending the season with just one conference win.
The UNC Board of Trustees said they will hold an emergency meeting via conference call at 8 a.m. on Tuesday, however, they did not give the reason for the meeting.

Players react to the news