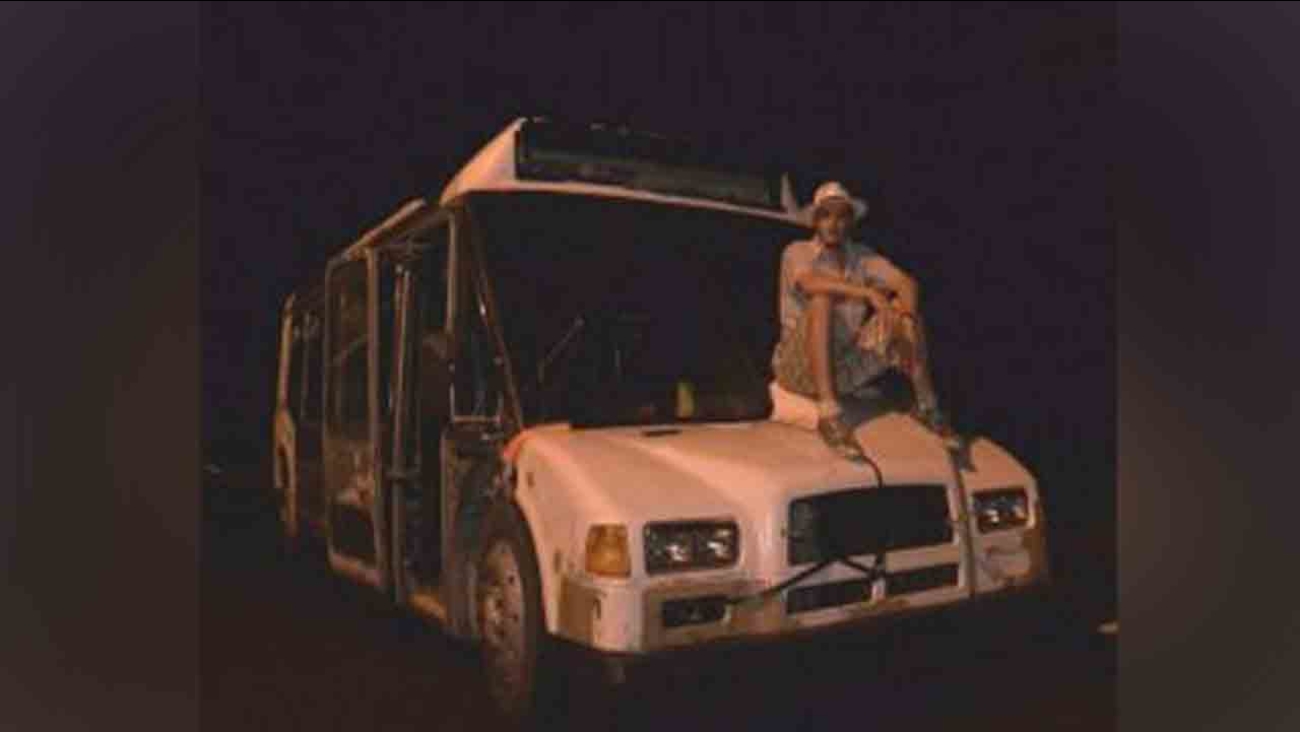 MYRTLE BEACH, South Carolina -- Before Hurricane Irma made landfall, hundreds of Florida residents did what they could to escape the destruction.

According to WWAY, one father escaped the storm with a homemade bus to make it to his daughter in Wilmington.

"Hurricane Irma, it's this little thing that happened recently, little storm, you may have heard about it was barreling down on the Keys, which is exactly where I lived," said Rock Solomon.

When Solomon learned Irma was headed straight for his home, he kicked it into high gear.

Solomon was working on a project - a bus he made himself.

So, when he heard about the storm, he decided to finally put it to use.

"So I had this crazy idea - What if we just slap it together as fast as humanly possible and get out of her," Solomon thought.

He spent two days straight fixing it up so he could drive straight to Wilmington to see his daughter.

He made it about 900 miles out of his 1,000-mile journey before he was hit with some unforeseen circumstances.

"It ran like top (shape), perfectly, couldn't believe it," he said. "And then after the emergency was over, everything started to kind of go down hill... all the attention to detail you're supposed to have when you put something together that I didn't have time for began to kind of come back and haunt me."

The engine gave out less than 100 miles away from Wilmington and he does not think it will run again, but he said all he's looking forward to returning to his baby girl and singing with her.

Solomon said if he cannot get his bus operational, he will hop on the next Greyhound and will get to Wilmington on Thursday.
Report a correction or typo
Related topics:
south carolinafloridahurricane irmabuzzworthynorth carolina news
TOP STORIES
Gas prices decline in Raleigh but experts worry about meaning of dip
Sticker shock for young would-be renters as apartment leases spike
Large police presence on Shanda Drive in Raleigh
Man dies hours after shooting at Raleigh gas station
Grandfather of woman shot by Fayetteville police searches for justice
What to know if your flight gets canceled or delayed
Raleigh City Council adopts 'social districts' ordinance
Show More
Raleigh woman recovering, arrest made in San Diego shooting
Couple fined $1,500 for parking in own driveway
Creedmoor rallies around family that lost everything in house fire
DHS warned of 'heightened threat environment' before parade shooting
Parents of late NFL star Demaryius Thomas reveal he had Stage 2 CTE
More TOP STORIES News