No projected winner on 2020 election night is a real possibility, expert says 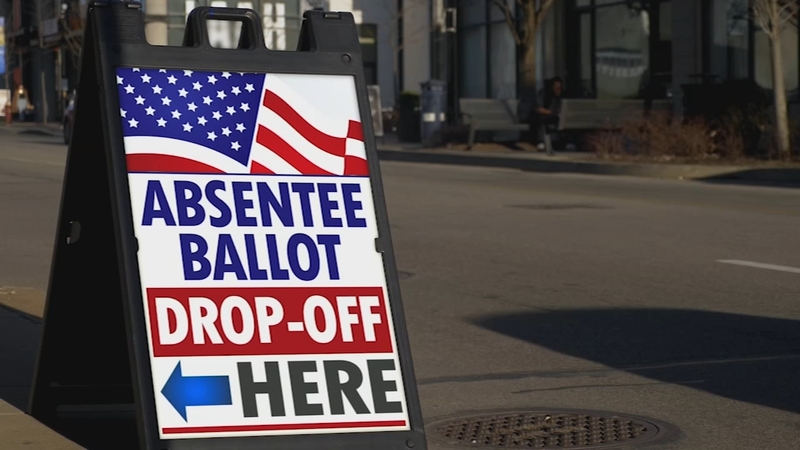 No projected winner on election night is a possibility: Expert

RALEIGH (WTVD) -- Already, well over 330,000 applications for no-excuse absentee ballots have been submitted in North Carolina; that's more than 11 times as many as were submitted at this point in the 2016 election cycle. And, according to election expert Irv Joyner, they could end up being the reason we may not know on Nov. 3 who the next president is.

"It is highly likely that on election night there will not be a viable projection as to who the winner will be," said Joyner, a North Carolina Central University School of Law professor.

Joyner is a longtime follower of election law and he, like a lot of other election experts, has never seen anything like the volume of absentee ballot requests coming in during this pandemic.

"In the past, you had a small number of people who voted by mail," he noted. "Therefore, the tally that came in on election night more often than not, carried the day."

Here's the catch this year; not only could there be millions and millions of absentee ballots nationwide, they may not all be available to be counted on Election Day.

Twenty states including North Carolina allow those ballots to show up as late as three days after the election as long they are postmarked on election day.

"A lot will depend on the volume of mail-in ballots and those states that allow for those ballots to be returned after election night," Joyner said.

If the tally of votes that can be counted that night is close, and those 20 states have a potentially large outstanding vote based on the number of ballots sent to voters, then Joyner says, be prepared to wait.

"The media will not be able to project the winner at that particular point. But within 10 days, the world is not going to be destroyed in 10 days, hopefully. So we are not losing anything waiting an additional five, seven or 10 days to find out who the winner is," he said.

There is a caveat.

Joyner said if one candidate has a huge lead in the votes that can be tallied on election night, his prediction of not being able to project a winner could go out the window.