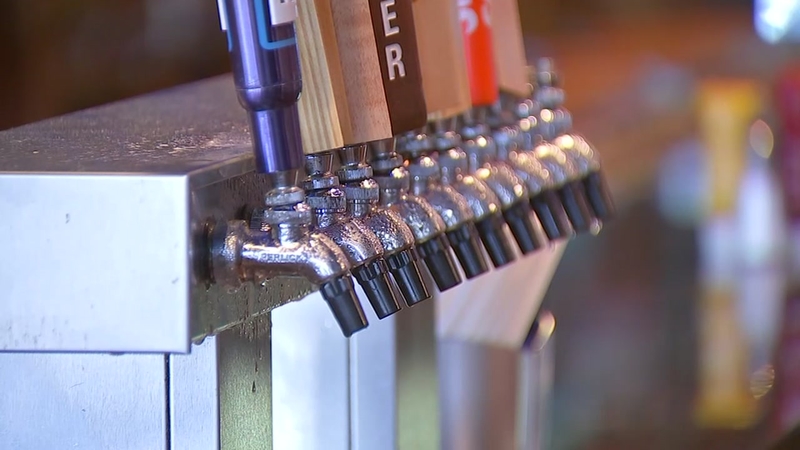 Fayetteville Police and Cumberland County Sheriff's deputies are reminding residents to use common sense and not to drink and drive.

Huske Hardware is getting ready for what will be its busiest night of the year.

"Here we will have a champagne toast, party favors and of course our balloon drop," said manager Donna Stephens.

When the clock strikes 12, many will raise their glasses and flood the bars for their refill. While it's often stressed that you know when to stop drinking, bartenders at Huske Hardware know when to stop pouring.

"It's very important not to over serve, they can't double fist if there is anything where they're fidgeting or even getting emotional or too loud even if they're too happy. Alcohol effects people differently," said Stephens.

According to the NCDOT, there were nearly 700 crashes during last year's New Year holiday. More than 400 people were injured and eight were killed.

"It's never easy to watch the end result of that the injuries that are sustained whether it be adults or children," said Lt. Gary Womble, Fayetteville Police Department.

It's a pain Darryl Rodgers knows all too well.

"A parent never gets over losing a child," said Rodgers.

His son chase was killed in 2014 in a crash on I-40 in Raleigh after he let his friend get behind the wheel following a night of partying and drugs.

"She ended up losing control of his car in a curve running about 70 mph left the road and struck a tree at about 60 mph Chase was killed instantly," said Rodgers.

Chase's father travels around the state educating parents and teens about the dangers of drunk and impaired driving.

"Drugs-driving is quickly catching up With drunk driving and that's a problem when you combine drugs of any type with alcohol it increases the impairment dramatically," said Rodgers.

Meanwhile the Fayetteville Police Department is urging party goers to make a plan or pay the price.